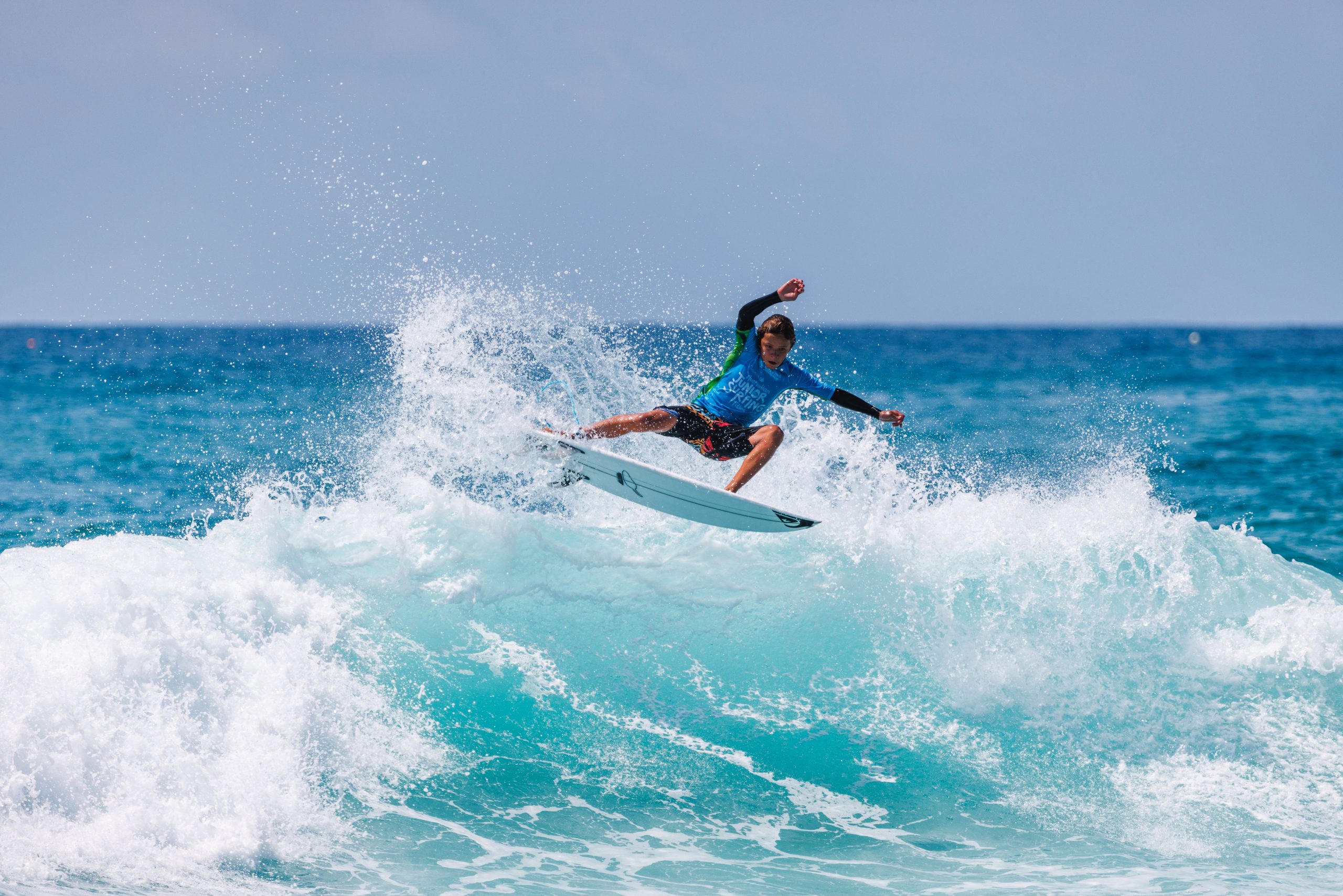 In the U16 Women, Isi Campbell (Denmark, WA) blitzed her opposition with a total heat score of 13.25.

Round one of the U18 Men saw Willis Droomer (Jan Juc, VIC) post the highest individual wave score of 7.10 and best heat total of 13.60. Eden Hasson (Port Stephens, NSW) was also strong ending the day on 11.75 points.

In the U16 Men, Zyah Hession (Coolangatta, QLD) came out on top with a total heat score of 12.50. Fletcher Kelleher (Freshwater, NSW) finished on 12.45 points and will also progress directly to round three.

Kelleher said: “It was pretty fun, the waves are pretty good for a comp and the sun is out.”

The non-elimination round one heats continued today under smaller conditions.

In the U14 Girls, Meika Locke (Palm Beach, QLD) posted the highest individual wave score of 8.75 to finish with a 12.75 heat total. Jai Nield (Coolangatta, QLD) was the best performing surfer in U14 Boys with a heat total of 13.35.

Round two got underway in the afternoon, with only half a dozen surfers in the U16 and U14 Boys and Girls progressing through. Among those who made the cut was Mitchell Henderson (Port Noarlunga, SA).

Henderson said: “Even though how small it is, it’s so good out there. It’s just pumping. Happy with myself, first ever heat I’ve got through in a comp like this.”

Surfing Australia Contest Director, Glen Elliott said: “We had an unexpected decrease in the swell today but still great for the U14 Boys and Girls. We’re anticipating a swell increase with the top seeds hitting the water tomorrow and great conditions forecast in the morning with a southerly wind change that will be challenging for surfers competing  in the afternoon.”