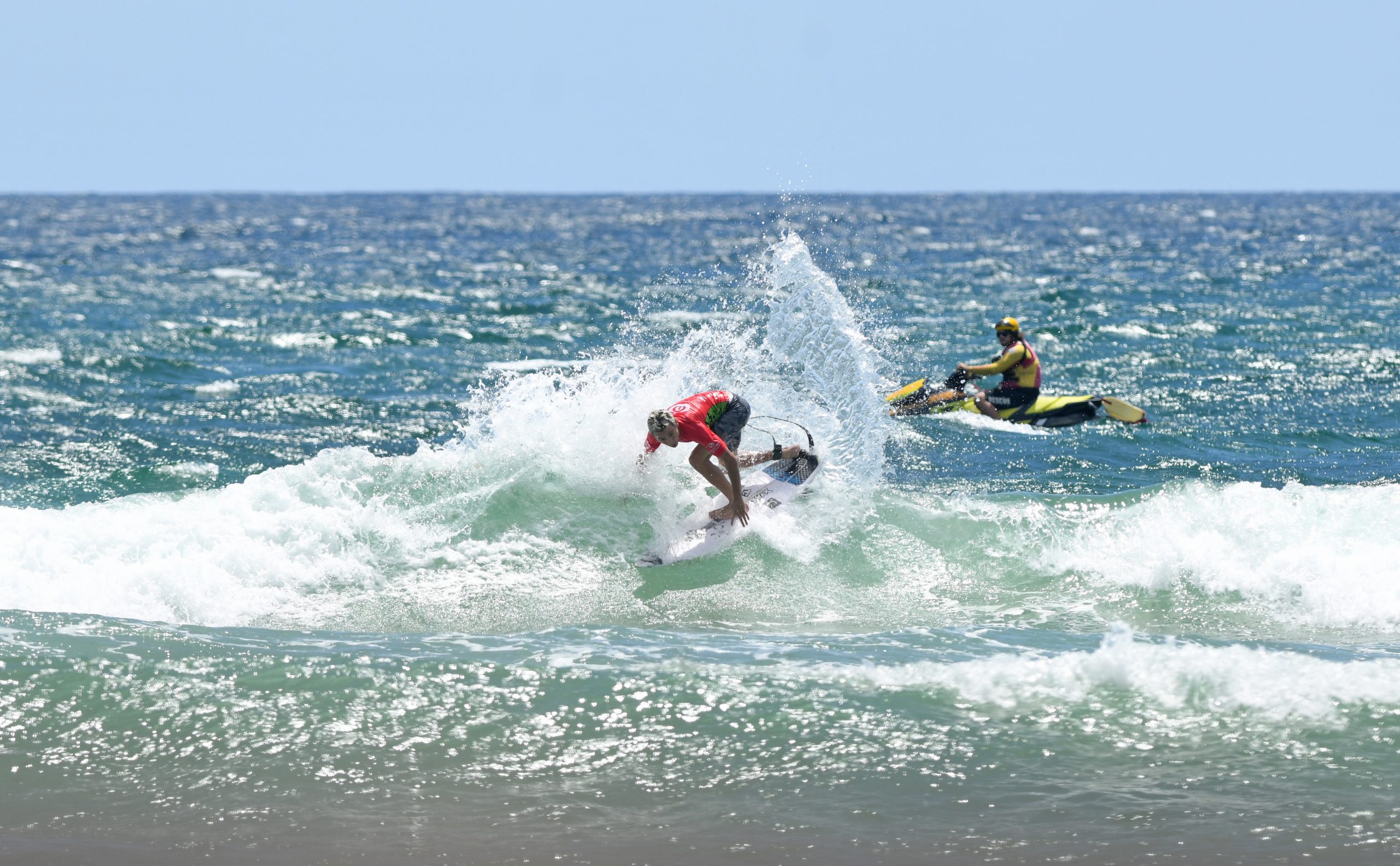 CASUARINA/NSW (Sunday, December 19th, 2021): The 2021 Woolworths Surfer Groms Comps National Final has been run and won at Cabarita on the Tweed Coast after Surfing Australia’s High Performance Centre (HPC) hosted the cream of the crop in the Under 14 Girls and Boys divisions over three days of training and competition.

Whilst a wind change from the north overnight made for challenging conditions, the group of Australia’s best young groms made the most of 1-2ft mushy waves to put on a show for the judges at Cabarita Beach.

Ruby Trew looked every bit the contender in the Girls Division from the first hooter on finals day and proved that point by taking out the final with a 10.44 point heat total with a combination of great wave selection and solid execution of manoeuvres.

Kash Brown took out the Boys Division for the second time in two years. After a slow start to the final, Brown delivered when it counted with an impressive display of power and flow despite the lack of push provided by the ocean. His heat total of 13.33 points was the highest of the day.

“I’d just like to thank Woolworths and Surfing Australia for getting us all here at the Surfing Australia High Performance Centre and the boys in the final. We’ve had a lot of fun and learnt a lot,” said Brown.

The respective winners of the Under 14 Boys’ and Girls’ divisions from each event attended the all-expenses-paid, three-day Woolworths Surfer Groms Comps National Final Surf Camp, (1-day coaching clinic, 2 days of competition and heat analysis coaching at the HPC).

Regarded as one of the major stepping stones in the development of young Australian surfers, the 10-event Woolworths Surfer Groms Comps series caters for surfers from Under 8 to Under 14 and was held in New South Wales, Queensland, Victoria, Western Australia, Tasmania and South Australia over summer.

For the South Australian, Victorian and Tasmanian events, the Woolworths Surf Camp prize was awarded to the highest place Under-14 Boy and Girl who reside in that respective State.