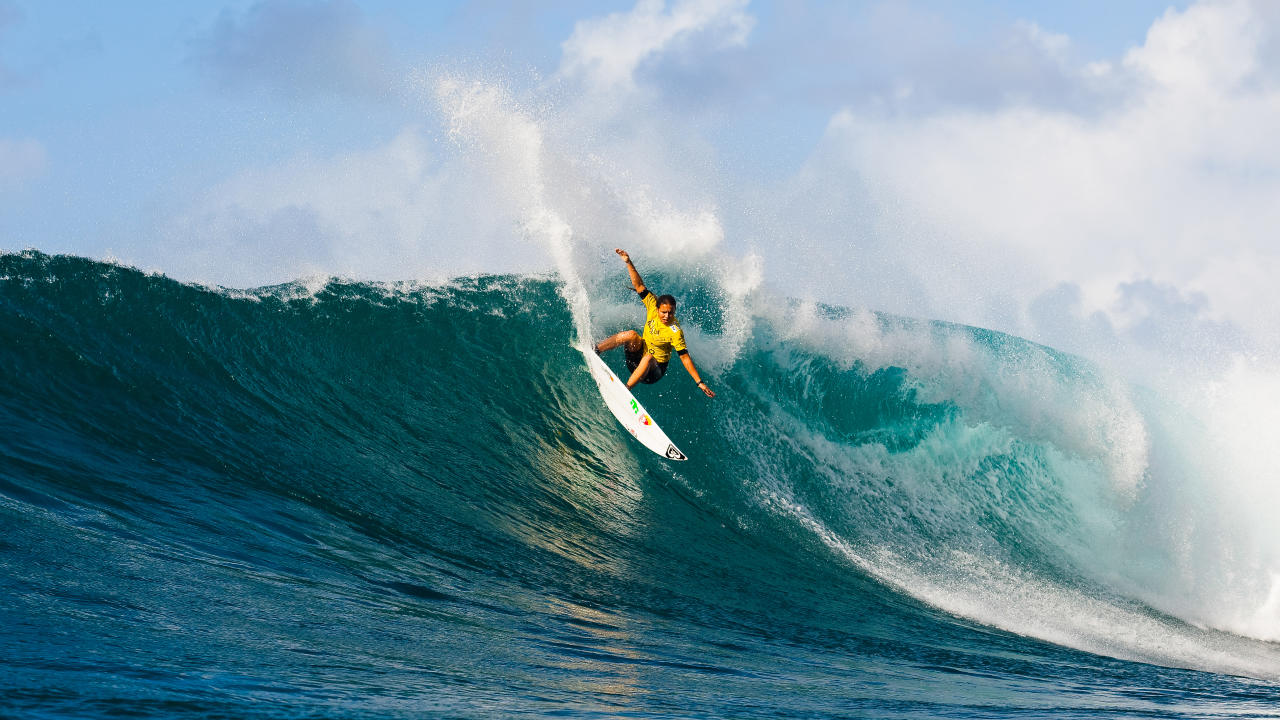 The Hurley Pro Sunset Beach is the second stop of the 2022 Championship Tour, and will see the world’s best tackle one of the more demanding, wide-ranging lineups on the North Shore of Oahu.

This comes after a serious shakeup to the WSL Final Five rankings at the first stop of the season, the Billabong Pro Pipeline, and amidst speculation over whether men’s Yellow Jersey leader Kelly Slater will compete, after he hinted it could go one way or the other after his now famous Pipeline victory.

While Pipe may be the jewel in the North Shore crown, Sunset is a legitimate proving ground in its own right, and will test the ability of surfers to read the lineup and be in the right place at the right time; sunset can frustrate and delight in equal measure, and requires nuanced wave selection and timing to be enjoyed to its full potential.

It’s a wave that can confuse even the best in the world; it requires all the paddle fitness and years of experience surfers can throw at it. That’s why it is still one of the premier proving grounds for surfers from across the globe. It’s a big, open-ocean wave about as powerful as they come. If you get caught inside at Sunset, you won’t be forgetting about it in a hurry.

This is the first time in several years that Sunset has been a Championship Tour venue, though it’s no stranger to playing host to high-level competition. It’s one of the long-standing locations in the Triple Crown, and for many years also served as the final major event of the men’s Qualifying Series schedule, leading to some memorable, qualification-securing performances, such as when Jack Robinson won the Vans World Cup of Surfing.

The waves at Sunset break over an enormous volcanic reef which produces at least six distinct sections that do better with particular wind and swell directions. But it’s The Point where you will find the quintessential Sunset Beach wave displayed in much of the iconic Sunset footage. Drawing in west, northwest over a double finger of reef, this beast breaks anywhere from six to 18 feet.

Sunset does best with a solid northwest swell and a light helping of the prevailing easterly trade winds; anything that veers more northeasterly can cause a side-shore texture but hold up the left-hander.

Sunset expert Pancho Sullivan has said the magic of this break is the variability of the waves. “There are so many different looks at Sunset. Every day is completely different.” Part and parcel of this unpredictability are the notorious Sunset cleanup sets, and the merciless Kammiland rip, which can mean constant paddling to stay in position and can pull the unwary into the impact zone.