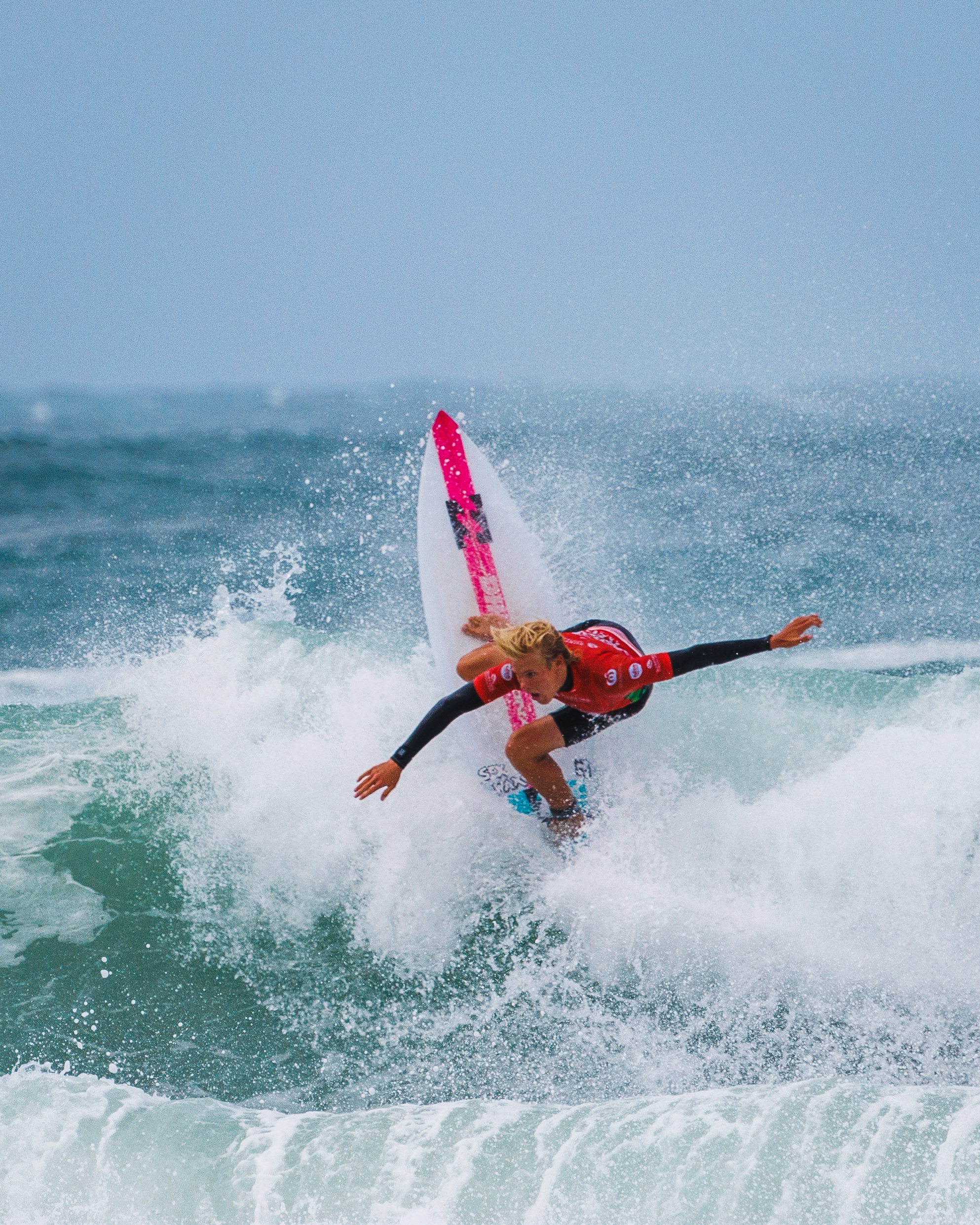 The rain finally cleared and Cylinders Beach turned it on for Day 6 of the Woolworths Australian Junior Surfing Titles. There were several 9-point rides and semi finalists decided in the U18 Men, U16 Men, U16 Women and U14 Boys divisions.

Surfing Australia Contest Director, Glen Elliott said: “We decided to delay the start to let the tide come in. The shore break at Cylinders Beach delivered high performance waves that the groms revelled in. We’ve had multiple 9-point rides today and, for the first time, there was a clean sweep in the Allstars schools team events with Surfing Queensland winning every division. That’s never been done, a fantastic result.”

Tomorrow competition in expected to start at 7am at Cylinders Beach where six Australian champions will be crowned. Four will automatically qualify for the Australian Irukajdjis Junior Team and the valuable points on offer will decide the final Australian junior rankings for the U18s and U16s.