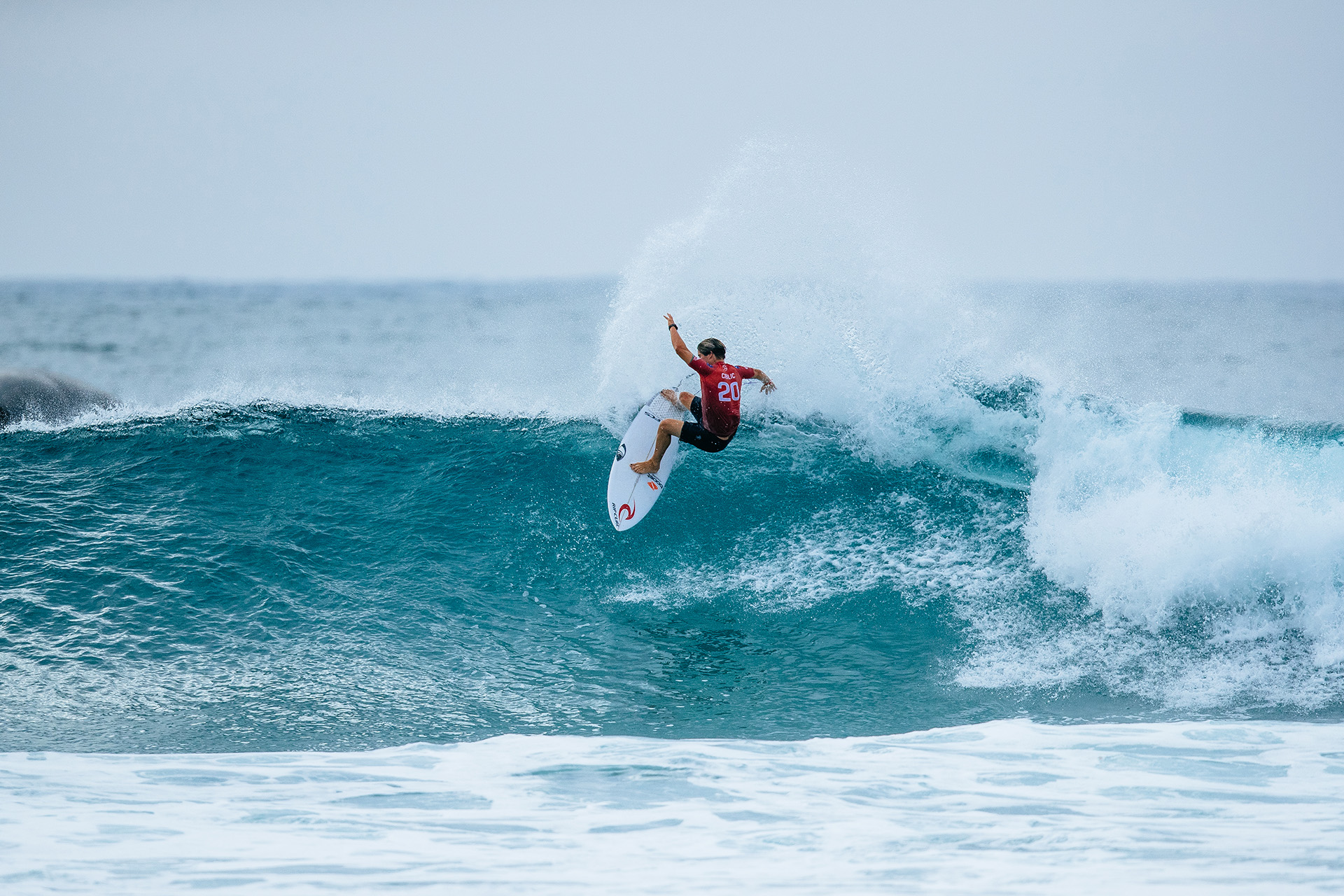 CASUARINA/NSW (Friday, August 13, 2021) – The world’s best surfers delivered an action-packed day at the Corona Open Mexico presented by Quiksilver, the seventh stop on the World Surf League (WSL) 2021 Championship Tour (CT), completing the women’s and men’s Rounds of 16 and the Quarterfinals in solid six-foot waves at Barra de la Cruz.

Although Defay and Weston-Webb clinched their spots at the first-ever WSLFinals, they both were defeated in the Quarterfinals and are out of the Corona Open Mexico. Defay got eliminated by Malia Manuel (HAW), who is currently No. 10 on the WSL Leaderboard and needs to win this event in order to re-qualify for the CT next year.

“I’m so happy about it,” said Defay. “We didn’t compete for a year, so the goal this year was just to step back into the competition and get good results. I’m super happy I’m a part of the first-ever Top 5.”

Seven-time WSL Champion Gilmore took the win in Heat 4 against Weston-Webb and also clinched her spot in the WSL Final 5. Gilmore was fighting for a spot with Courtney Conlogue (USA) and rookie Isabella Nichols (AUS) but secured her spot after both surfers got eliminated in the Quarterfinals.

“Once I heard that Tahiti was canceled I knew this was the event to make it happen,” said Gilmore. “I couldn’t let the foot off the gas here, because I wanted to make sure I had a shot into the Finals. So it’s amazing to be in it.”

“I’m really proud of myself,” said Weston-Webb.  “It’s been a really long year, full of challenges for everyone. So I’m just really proud of how my team is so well put together, full of love and light. I’m very grateful.”

Fitzgibbons’ battle with Conlogue unfolded with a showcase of forehand attacks from two CT veterans. Both found opportunities to release their signature power and flair but in the end, Fitzgibbons’ rhythm with the ocean proved to be her winning factor. With the win, Fitzgibbons secured her spot in the WSL Final 5.

“I couldn’t be happier,” said Fitzgibbons. “I believed it was possible. I’ve tried to grow and expand my game and that’s just the first step. Just getting the opportunity and letting my surfing breathe at Lowers for some high-risk surfing – this whole season’s been a warmup for that.”

World No. 1 Moore decimated rookie sensation Nichols’ hopes of making a second Final in her first year among the world’s best with a blinding performance – earning an event-high 9.80 and 17.47. The four-time WSLChampion and Olympic gold medalist continues to look unstoppable heading into the WSL Finals with a seventh-straight Semifinal appearance.

Ferreira and Coffin both got eliminated in the Quarterfinals but had much to celebrate in Barra De La Cruz as they made it into the Rip Curl WSL Finals. Wildcard Mateus Herdy (BRA) defeated Ferreira with a 9.27 point wave, while Olympian Leonardo Fioravanti (ITA) took the win against Cibilic in the Round of 16, and Coffin in the Quarterfinals. Toledo, who got eliminated early in Mexico by Olympian wildcard Rio Waida (IDN), also clinched his spot in the WSL Final 5.

“That was one of my goals and I’m so happy to be in this position,” said Ferreira. “I had a good heat with Mateus, and he smashed that last wave, so I’m so stoked for him. Now I’ll put all my energy into the last event of the year and give everything to win it. This is my goal right now and I’m ready for it.”

I’m so fired up to be going to the finals,” said Coffin. “It was one of those weird weeks where everything sort of crumbled into my lap and panned out perfectly. With Teahupoo getting canceled it played into my favor even though I would’ve loved to surf some good waves and big tubes there, but I’m stoked to go to Lowers.”

The biggest upset of the day came in the Quarterfinals when Deivid Silva(BRA) took down Medina with a dominant backhand display. The second-year CT competitor unleashed his potential to overpower fellow goofyfoot, two-time WSL Champion, Medina with an 8.67. Medina’s last-ditch effort left him hung up behind a Barra wall before leaving himself an opportunity to finish strong, but couldn’t find his footing on the massive rotation.

“That was the best heat of my life,” said Silva. “I’m very, very happy. Medina is such a great surfer. I have a very hard heat next against Leo, but I’m feeling good. My boards feel good, and I’m really looking forward to the Semis”.

The final seeding for the Rip Curl WSL Finals will be announced after the conclusion of the 2021 Championship Tour regular season.

TRIGG BEACH - WA/AUS (Thursday 16th September 2021), Rivalries are set to intensify and competition will be fierce...

END_OF_DOCUMENT_TOKEN_TO_BE_REPLACED

EVENT HASHTAG ATTENTION COMPETITORS: Tag #YETIJNRS to have your posts shared by Surfing Australia, mySURFtv and other event...