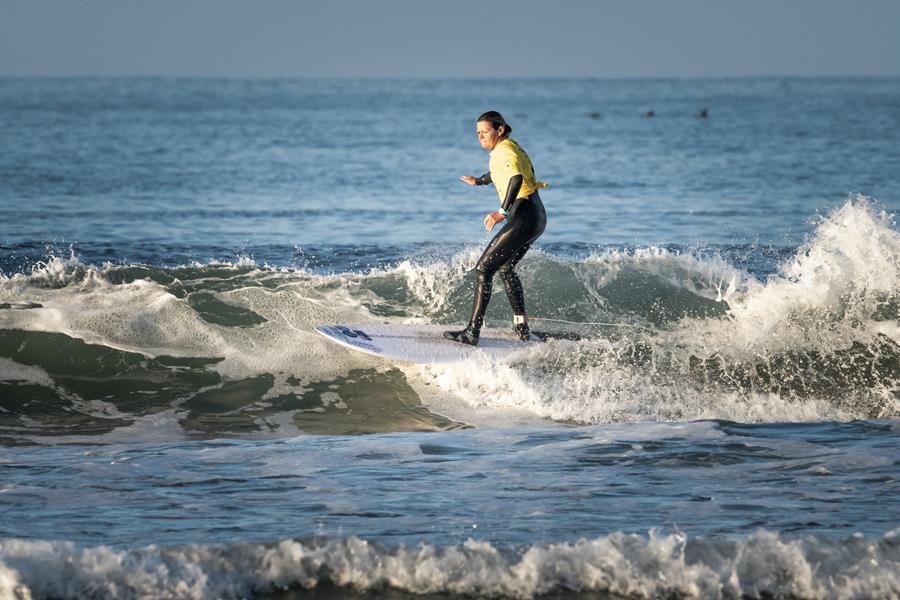 CASUARINA/NSW( December 9th/2021): Sam Bloom and Jocelyn Neumueller are the first of The Irukandjis through to finals day at the 2021 Pismo Beach ISA World Para Surfing Championship after they both won their round two heats in the Women’s Prone 2 division.

Bloom and Neumueller nailed the two top heat scores of round two ( 15.86 points and 15.83 points respectively) to send a major warning shot to their competition ahead of finals day.

In the Men’s Prone 2 division Jack Curphey‘s campaign was cut short when he placed third in his round three heat with a total of 7.44 points.

Kirk Watson places second in his Vision Impaired 1 division round one heat to take a step closer to a gold medal.

Vision Impaired division 2 Irukandjis Matt Formston and Jack Jackson both placed second in their round one heats to, unfortunately, meet each other in round two, a heat they need to finish first and second to progress to the final.

Former Gold Medallist Mark ‘Mono’ Stewart charged through his Men’s Kneel division round one heat with 16.4 points – the highest total of the division.

Sarah Jane Gibson put in a strong performance to finish second in her Women’s Vision Impaired division round one heat with 10.23 points ( under 2 points behind 1st place).

134 athletes representing 24 nations and 9 different Para Surfing Sport Classes have descended on California’s Central Coast with one goal in mind, to bring home gold for themselves and their teams. The men and women that make up the diverse field are set to showcase precisely why this championship is such an energizing and infectious gathering. A variety of physical abilities provide the platform for an incredible display of surfing as much more than just a sport.

Over the coming days, first-class athletes, including multiple previous world champions, will share their talent and their story. The sixth edition marks the first time the championship will see a change of venue after many successful years in La Jolla, California. While the beach itself will provide an amazing backdrop for the event, a full live broadcast can be found online at isasurf.org for spectators from around the world.