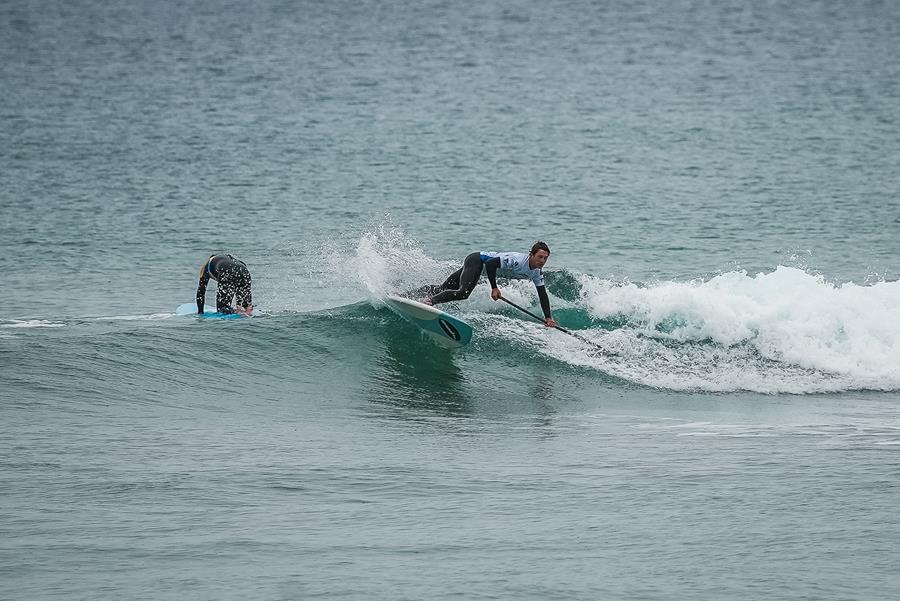 Day two of the Australian SUP Titles have wrapped up, with 66 surfers showcasing their skills in the small but highly contestable conditions at Woolamai beach.

Wesley Fry from Byron Bay in New South Wales posted the highest scoring-wave of the Open Men’s SUP heats with an 8.5 in the quarter final.

“It was a bit tricky towards the end but that wave in particular just had good shape and I managed a lot of turns. I was in the right place at the right time. I’m looking forward to the next few days and hopefully a bit more of a hit out heading into the finals,” Fry said.

“It started off with better conditions this morning. I was happy to take the win and the other girls put up a fight so it’s never easy,” Rayner said.

Competitors were thrilled to be back in the water with their mates.

“The sun came out. It was super nice to be down there with everyone again and catching up with old friends we haven’t seen in a while,” Rayner said.

The finals are expected to be be held on Saturday at Surfies Point.

Keep up to date with results and information at the Australian SUP Titles website.