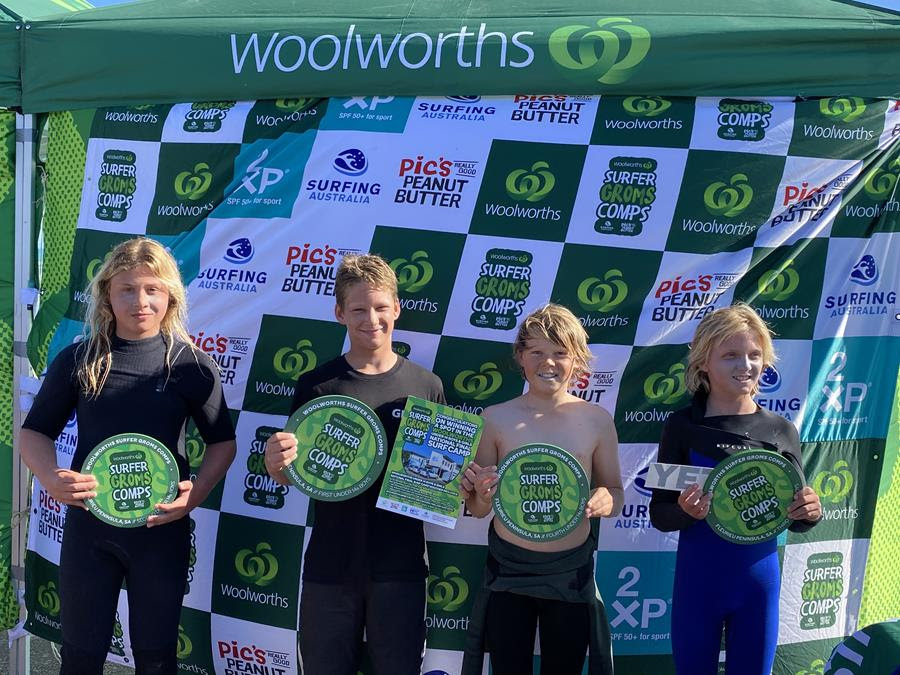 The Under 12 Girls and Under 10 Girls divisions were taken out by Isabel O’Boyle and Kiera Hunt respectively. The Under 12 Boys went to Noah Keelan with Connor O’Boyle taking the Under 10 Boys division and the Under 8 mixed division.

Leo Torok and Maia Taite took out the Woolworths Fresh Wave awards. Local surfer Leo was a standout all day and young Maia consistently scored in the excellent range in her heats. These surfers were rewarded for their outstanding performances and sportsmanship.

Close to 60 competitors were in the event.

Regarded as one of the major steppingstones in the development of young Australian surfers, the 10-event Woolworths Surfer Groms Comps series caters for surfers from Under 8 to Under 14 and will be held in New South Wales, Queensland, Victoria, Western Australia, Tasmania and South Australia over summer.

As an added bonus, the respective winners of the Under 14 boys’ and girls’ divisions from each event will receive an invite to attend an all-expenses-paid, three-day Woolworths Surfer Groms Comps National Final Surf Camp, (1-day coaching clinic, 2 days of competition and heat analysis coaching) at the Surfing Australia High-Performance Centre (HPC). For the South Australian, Victorian and Tasmanian events, the Woolworths Surf Camp prize will be awarded to the highest place Under-14 Boy and Girl who reside in that respective State.