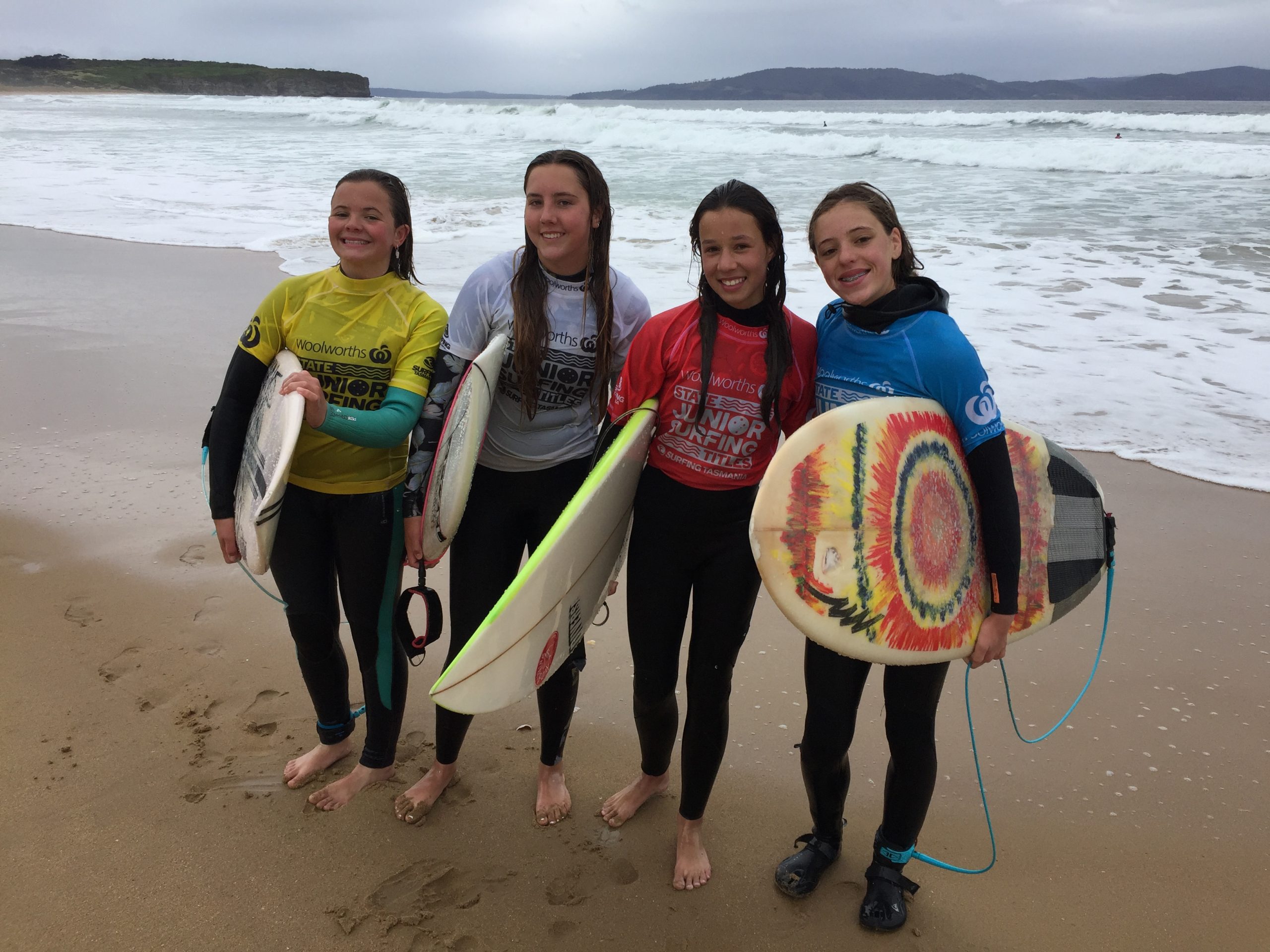 Local Clifton Beach girls showed the value of their regular coaching with outstanding performances at round 1 of the Woolworths State Junior Titles conducted on Saturday, November 20th at Clifton Beach.

The Clifton Beach-based event was conducted at the ‘Super Bank’ with .5 to 1.5-metre fun lefts and rights which were ideal and offered heaps of opportunities for all competitors, many of whom entered two divisions and were kept busy all day. Regular surfers at this spot held an advantage on the day being more familiar with the tricky rips and currents at this location.

Locals Jessica Gardner, Poppy Woodberry and Ava Frey were winners in their respective U14/16/18 divisions. In the boys divisions, Park Beach’s Cowan Duncan continued his strong run of performances winning the U16 boys. Clifton Beach SABR club members Marvin Freeman and Toby Lawrence cleaned up the U14 and U18 boys divisions.

This was a small but exciting event for the U14/16/18 girls and boys conducted in the two finals format where surfers earn points for their heat placings ie first equals 1 point, which is tallied for the final placings. The surfer with the lowest score wins.

Many thanks to the volunteer judges and officials.

The event was sponsored by Woolworths, Red Herring Surf and Surfing Tasmania.

The next round of the Woolworths State Junior Titles is on Bruny Island on February 12/13. Check Surfing Tasmania’s website for details. www.surfingtas.com