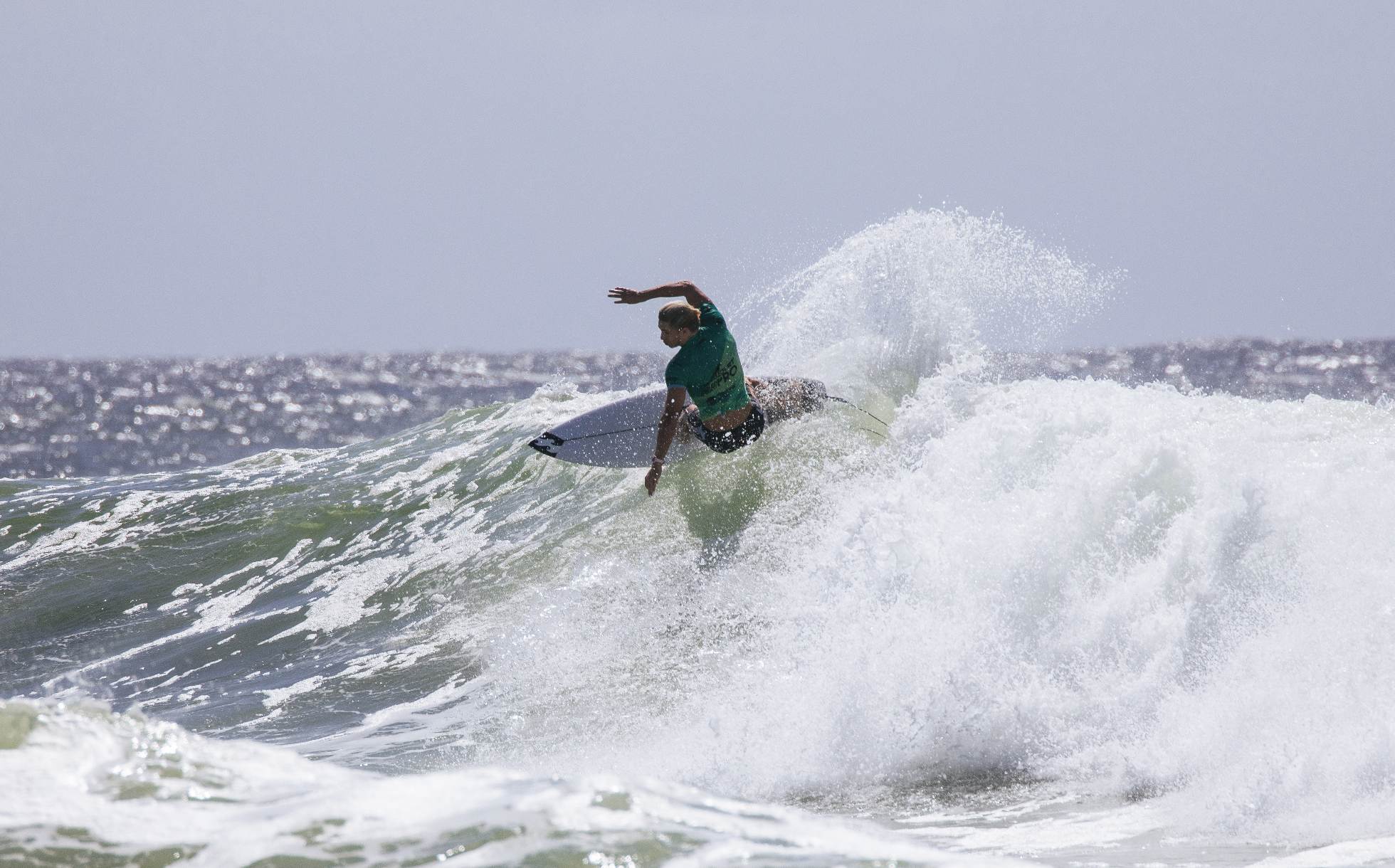 CABARITA BEACH, NSW/AUS (Monday March 21, 2022) – Some of Australia and New Zealand’s best up and coming surfer’s have descended on Cabarita Headland for Day 1 of the 2022 Oakberry Tweed Coast Pro World Surf League (WSL) Qualifying Series (QS) 5000 event. The action was aplenty with ‘Caba Point’ dishing up clean and long, three-to-four foot waves for competitors in Men’s Round 1 and 2 as a few of surfing’s bigger names surprised surf fans with late entries into competition.

The headline act of Day 1 was Championship Tour surfer and current World No. 14 Ethan Ewing, who made a late entry into the event with the hope of coming up against his older brother and QS competitor, Curtis. As a late entrant, Ewing started his day in Heat 1 of Round 1, taking the win and progressing into the Round of 96 where he came up against local youngster Dane Henry. Ewing’s experience at Cabarita speaks for itself, having won a QS 1000 here in 2016 and a specialty CT event in 2020, today the experience showed, as he progressed into the Round of 64 in second place behind his teenage opponent.

“It’s great to be back at Cabarita competing,” Ewing said. “I won an event here as a junior so I have a lot of good memories. It’s a fun place to come down to and escape the crowds of the Gold Coast. I never really planned on competing here but the waves weren’t great at home and my brother was coming down here for the comp and I thought it would be cool to surf an event like this with him – not sure if we will come up against each other but I’m sure he’d smoke me in conditions like this. I definitely don’t think this is a warm up event, the level is so high here and every heat will be tough like that one just now – Dane was ripping so hard.”

Hailing from the Tweed Coast, Dane Henry know’s Cabarita like the back of his hand but still knew he had his work cut out for him when he saw the name Ethan Ewing in his heat. The exciting young natural footer showed no nerves as he locked in a mid-rang heat total of 10.50 with a solid combination of rail and fins-free surfing to take the win over one of his heroes.

“Surfing against the older guys is always so good because it pushes me so much,” Henry said. “But surfing against Ethan was like a dream come true for me – he’s one of my favourite surfers and I had to surf my absolute best to make that heat. It’s fun having a major event like this so close to come – I surf here a lot and get plenty of reps in so am super comfortable. Sleeping in my own bed and competing in a 5000 is awesome.”

Continuing in the spirit of the Ewing surprise in Heat 1, Heat 2 of the Round of 96 saw a cameo from ‘99 World Champion Mark ‘Occy’ Occhilupo who was a late entry replacement. When Occy arrived at the beach to watch his son Jay compete and heard there was an empty spot in the draw, he rushed home to grab his board and paddled out to see if he could wind back the clock in the long point break conditions. Unfortunately for Occhilupo and son, neither were able to break through to the Round of 64 but were still able to put on a show for adoring fans on the Tweed Coast.

Victorian powerhouse Xavier Huxtable continued his good run of form in 2022, taking a solid heat win in Heat 7 of the Round of 96. Huxtable’s trademark frontside swoops were a perfect match for the sloping, long walls of Cabarita as he took the win and moved into the Round of 64 at Cabarita.

“It was a lot of work out there but I lucked into a bowly one at the end and managed to get a 6.00,” Huxtable said. “I’ve been having so much fun on this run of events, travelling up the east coast with mates, surfing in warm water – it’s been great.”

Other stand out performers on the opening day of competition included Noah Stocca, Quinn Bruce, Taj Stokes and QS veteran David Vlug to name a few.

Event organisers will reconvene at Cabarita Headland tomorrow morning at 7:30 am local time to call on competition with the remaining heats of Men’s Round of 96 likely to commence proceedings.

The Tweed Coast Pro is supported by the NSW Government’s Regional Events Acceleration Fund which supports events in regional areas, where they will have a positive impact on local economies.

The upcoming Oakberry Tweed Coast Pro will run on the beautiful Tweed Coast from March 21 – 27 2022.