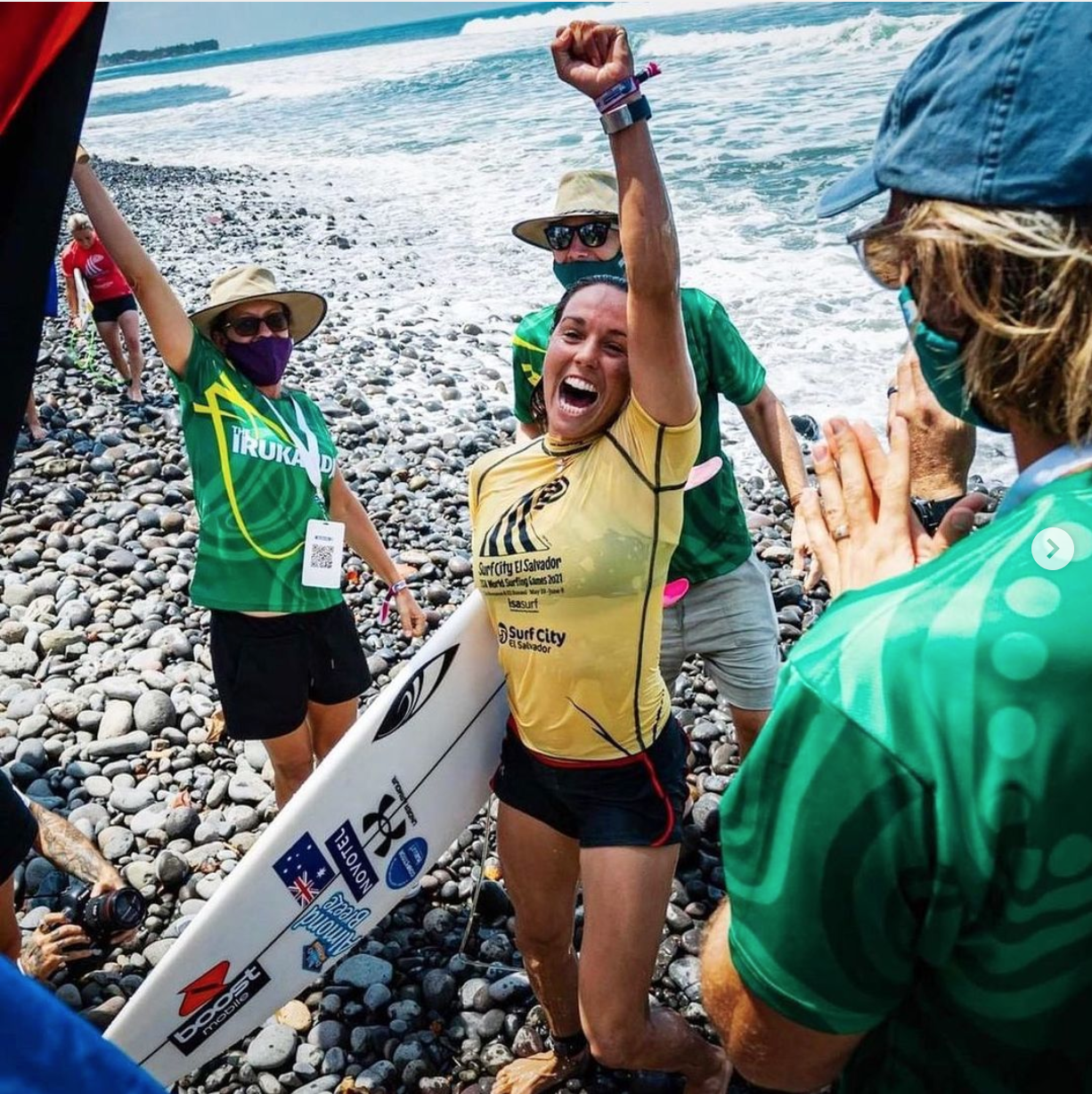 Fitzgibbons made history by becoming the first athlete to ever earn individual Gold three times in the World Surfing Games. She first accomplished the feat in 2008 before earning her second Gold in 2018. 2021 marks her third Gold, which puts her in a category of her own and gives her a boost of momentum ahead of her Olympic debut.

“This event has been an unreal platform to test our mental strength,” said Fitzgibbons. “It’s surreal to be wearing the Gold Medal at the end of the week.

“This is a great runway heading into Tokyo 2020. Just competing and seeing all the Olympians get their spots is great. Being on the World Tour we don’t get to surf against a lot of the other Olympians. It’s good practice to go against them and spend time bonding with the rest of the Aussie team.

“Surfing has finally arrived as a global sport. It’s got the recognition now. We are going to the Olympics. It’s cool to have that as a milestone in my career. I want to go as long as I can in the sport because I love it.”

After being relegated to the Repechage rounds late last week, Fitzgibbons channelled The Irukandjis (Australia’s National Surfing Team) spirit to grind through seven sudden death Repechage heats to make the final where she was never going to be beaten.

With a 14.1 point heat total in the final, Fitzgibbons finished ahead of Portuguese pair  Yolanda Sequeira and Teresa Bonvalot with Peruvian Daniella Rosas in fourth.

The Irukandjis finished fifth overall on the team’s leaderboard with Owen Wright pushing deep into the draw, just coming up short in Repechage 9 after a strong campaign. Seven-time WSL Women’s World Champion Stephanie Gilmore was eliminated in Repechage 7, Julian Wilson looked sharp winning through until round 4 of the main draw and Ryan Callinan surfed extremely well and was unlucky in exiting through Repechage 3.