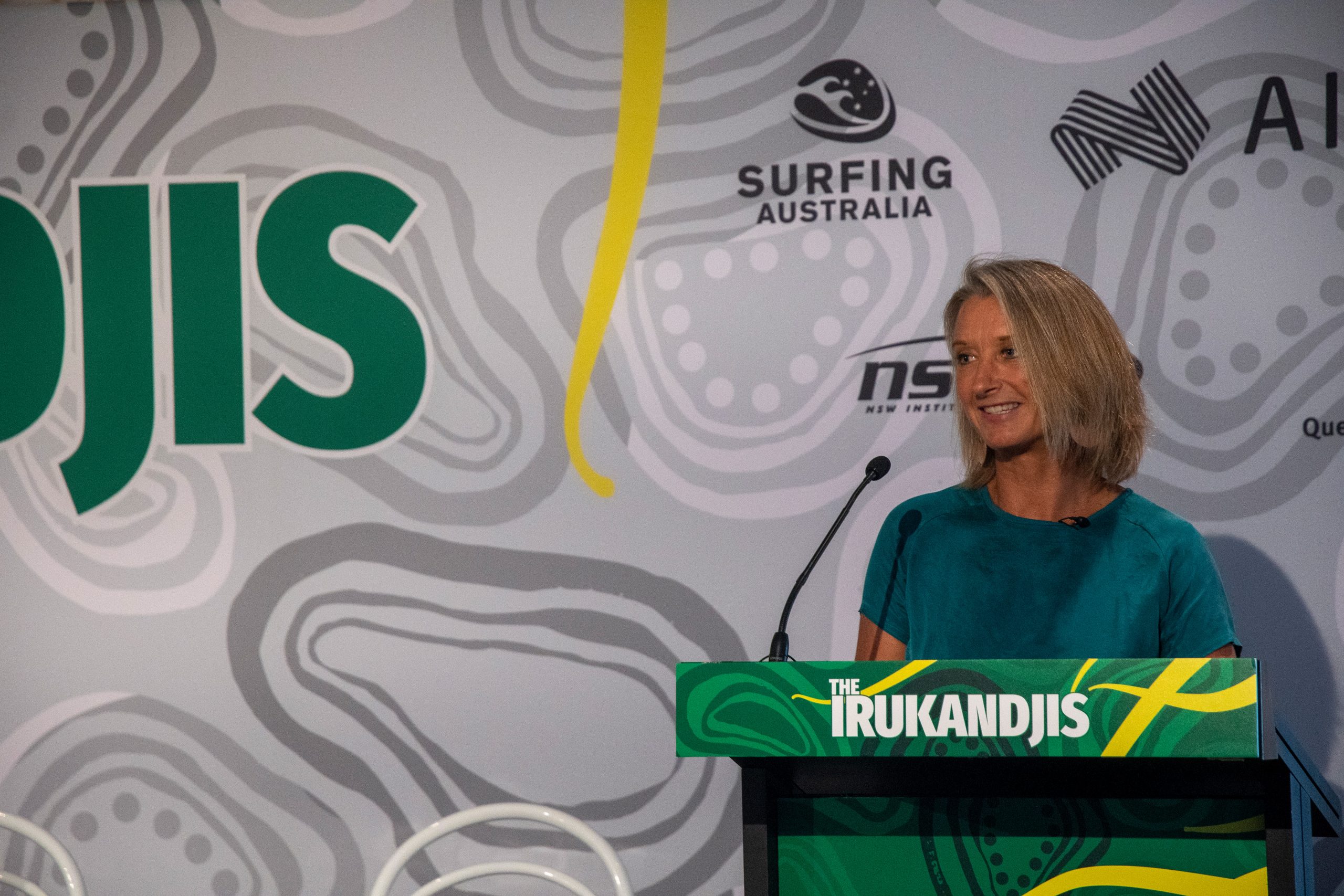 This is the passionate, spine-tingling post-heat celebratory catch cry of the Irukandjis – Australia’s Olympic surf team.

Professional surfing is a sport that follows its own world tour with the ultimate goal to be crowned world champion. The World Surf League tour is the dream tour, the world’s best surfers in the world’s best waves. Travelling to exotic locations like Tahiti, Fiji, Hawaii and South Africa and blessed with the opportunity to surf the world’s most perfect waves with only one other person to share them with. It’s the dream job! You represent yourself on the world stage, wearing national pride on your sleeve and focused on achieving the pinnacle of the sport- World Champion.

Surfing made its long-awaited debut into the Olympics in Tokyo 2020, 100 years after the father of surfing, Duke Kahanamoku, suggested its inclusion to the IOC after winning Gold in the 100m freestyle event in Antwerp in 1920. He popularized the sport here in Australia during a demonstration staged at Freshwater Beach in 1914, and the rest, as they say, is history. It may have taken 100 years but, it was definitely worth the wait.

I may have won 7 world titles, but one thing is missing from my trophy room – an Olympic medal. I wasn’t afforded this opportunity, but I was genuinely enthralled by each surfers’ emotion, passion, and competitive spirit who made history by representing their nations at the Olympic Games in Tokyo 2020.

There were plenty of critics, naysayers and purists who suggested we had sold out to the Olympic movement, but the ultimate winner was surfing at the end of the tournament. Millions of eyeballs were glued to their TV screens to see the world’s best battle it out on the grandest of sporting stages to claim Gold for themselves, their team and their country.

I was stoked to see surfing included in the Olympics. It opens up a whole new playing field for our sport- a new audience, a team dynamic and a new pinnacle to aspire to.

I rode the emotional rollercoaster with our national team, the Irukandji’s, as they dominated the early rounds then, one by one, found their backs up against the ropes, unable to fight, or sting their way to a win. Their emotions were palpable. I felt Steph profound disappointment and attempted to lighten the weight of expectation on Julian’s shoulders. I sobbed with Sally as she expressed her devastation, and then, beyond our expectations, Owen remained cool, calm and composed to take down Gabriel Medina and deliver us a Bronze Medal. Our first Olympic medal! GOWEN!! Our one and only Olympic Bronzed Aussie.

I’m incredibly proud of our team and not just our surfers. The Team Australia staff and support crew invested their heart and soul into ensuring our athletes were at their best, mentally, physically and emotionally. We may have fallen short of our golden goal, but from adversity comes greatness. We are the Irukandjis. We are deadly in the water. We honour our past, celebrate our achievements and pave the way for future generations to succeed.