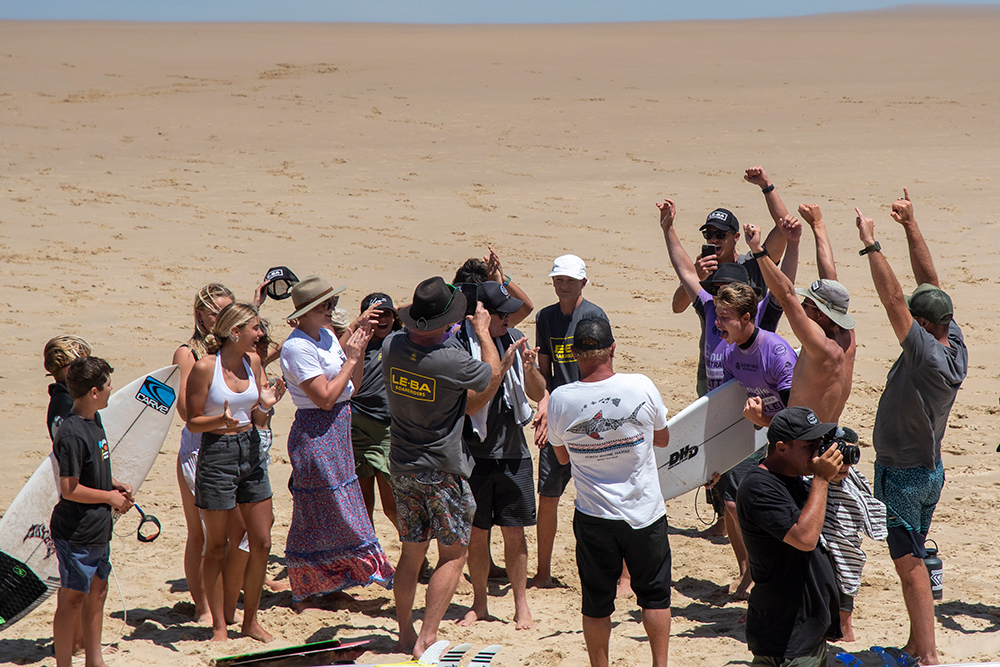 Le-Ba went on a tear through the rounds of competition, posting wins in each of their heats thanks to some stellar surfing from James Wood, Marcus Aboody, Rino Lindsay, Mikey McDonagh and Nyxie Ryan. The efforts of the entire team solidified the hat-trick for Lennox Head who claimed the final ahead of host club Coffs Harbour by a 1.36 margin.

“It is a bit of a dream to win this event three times in a row,” said club stalwart James Wood. “The whole team really pulled together and posted some pretty solid scores and fortunately we got the nod over some pretty impressive competition. I just hope we don’t blow it when we go to the National Final.”

All points and results can be seen here.

Surfing Australia and Surfing NSW are stoked to announce the three NSW qualifying events and the National Final in the 2020/21 nudie Australian Boardriders Battle Series and the remaining Australian Open of Surfing series events will be streamed live on Kayo Sports.

The nudie Australian Boardriders Battle will see nine boardriders clubs competing for the chance to qualify for the national final which will take place in 2021, while the Coffs Harbour Open will see approximately 100 competitors surfing across the male and female divisions.

The prime locations for the nudie Australian Boardriders Battle and the Coffs Harbour Open is Park Beach and Macauleys with backup locations of Diggers, Gallows and Sawtell.

All competitors are advised to ring the event hotline (0458 247 212) by 6.45am on the days of competition to confirm location and running order.

For more information on the Nudie Australian Boardriders Battle Series head over to www.australianboardridersbattle.com​