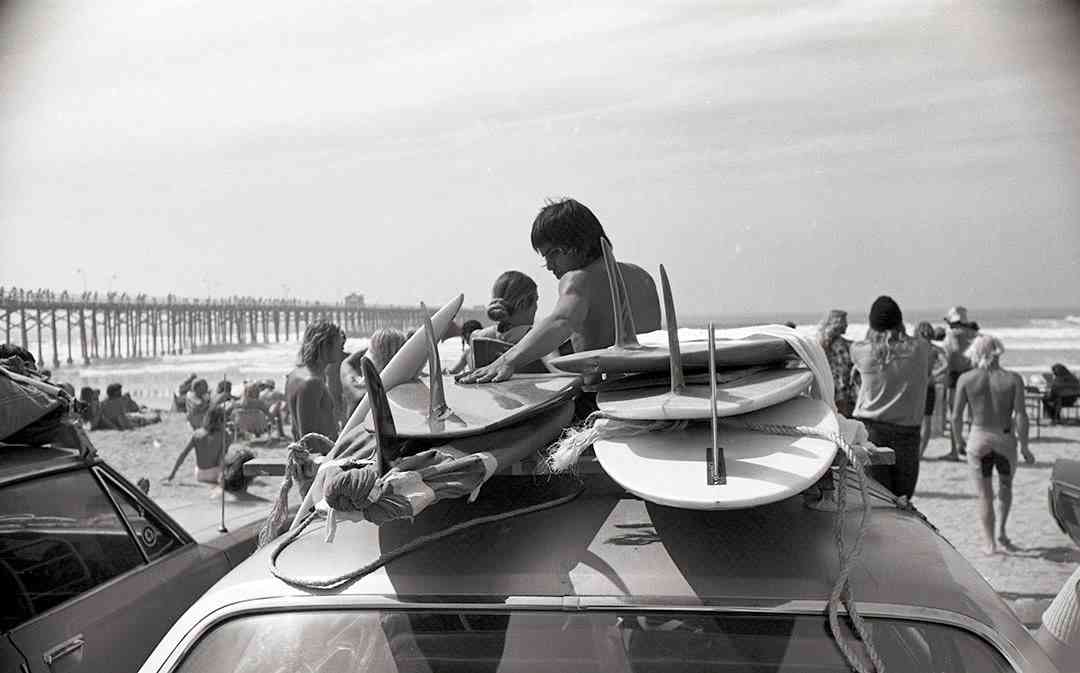 CASUARINA/NSW (MARCH 24TH,2022): Legends of Surf 72 exhibition takes you on a wave of nostalgia following a phenomenal year of surfing events in 1972.

Join the legendary Australian teams’ journey from the Nationals to the raucous World Surfing Championships in California, and the end of the year Hawaiian season on the North Shore of Oahu.

Fourteen (14) members from the twenty-one (21) squad representing Australia at the 1972 San Diego World Surfing Championships have been inducted into the Surfing Australia Hall of Fame.

This is an unparalleled statistic unrivalled in Australia’s colourful surfing history.

Surfing Australia had no hesitation in collaborating with the Legends of Surf 72 Exhibition and their annual Hall of Fame Awards association to recognise this historical achievement and help celebrate the 50th anniversary of the men and women surfers who represented Australia in 1972.

The annual Surfing Australia Hall of Fame Awards “Surfing Oscars” are to be presented on Saturday night 7th May in the QT Hotel Ballroom, Staghorn Street Surfers Paradise tickets will be available from www.surfingaustralia.com

“Surfing Australia is stoked to be able to support such an awesome exhibition as the Legends of Surf 72. To be able to be involved with the exhibition as part of the 2022 Australian Surfing Awards is a privilege. The list of athletes who represented our great surfing nation at the 1972 World Surfing Championships features fourteen Hall of Fame Inductees, something unlikely to ever be repeated,” said Chris Mater CEO of Surfing Australia

As skin cancer affects surfers daily from the intense UV rays now heightened by climate change, Cancer Council Queensland has been nominated as the charity of choice.

Speaking on behalf of Cancer Council Queensland, General Manager of Fundraising, Marketing and Communication Meaghan Bush said they are honoured to be selected by Legends of Surf 72 as the charity of choice.

“Cancer Council Queensland is thrilled to be selected as beneficiaries of the Legends of Surf 72 auction and thanks the team behind the event for their generous support,” Ms Bush said.

“Surfing is a good way to keep active, but participants spend extended periods of time in the sun. We hope our presence at the Legends of Surf 72 event will act as a reminder for attendees to use sun protection to reduce their skin cancer risk while participating in the sport.”

“Two in three Australians will be diagnosed with skin cancer by the time they are 70 and funds raised from the auction will be invested into lifesaving skin cancer research.”

An S-Lab surfboard modelled on the 1972 World Surfing Championship winning twin-fin fish design will be auctioned off on Friday night 29th April at Rydges Hotel next to Gold Coast Airport in the Exhibition foyer area to donate funds for Cancer Council Queensland.

“There is so much happening on the Gold Coast in May! The new Flotsam Festival opens with a special screening of the epic 1972 surf movie MOTE on Sunday night 1st of May at Kirra Hill, followed by WSL Pro juniors, International WQS Challenger Series and the Australian Hall of Fame awards. “

“Legends of Surf 72 Exhibition is on the first wave of a set of awesome events. We are happy to be the curtain raiser for a fun filled week of surfing and a celebration of surf history & culture,” said organiser Andrew McKinnon a 1972 Australian Team member.

By visiting the Exhibition, you can be in the free draw to win a S-Lab Experience creating your own magic surfboard of choice with professional supervision – a prize worth $1,500.00.

Commemorative ´Legends of Surf 72” T-shirts will be available at each of the venues.

Legends of Surf 72 exhibition has been produced by Andrew McKinnon, curator Karen Neilsen, and co-ordinated by Hall of Fame inductee and 1972 Australian Team representative Rod Brooks.