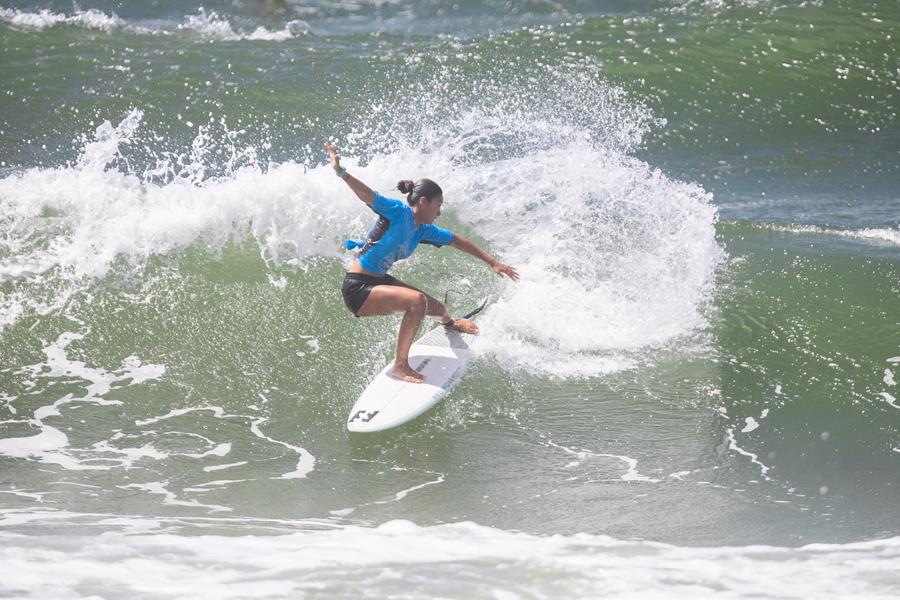 The Open Men and Women laid it all on the line with a position in the World Surf League (WSL) Gold Coast Pro Challenger Series Trials as well as the QLD Title up for grabs.

Liliana Bowrey and Coco Cairns (TEWANTIN) had a tight battle for the win after both surfers secured 7-point rides in the early stages of the final.

Liliana said she’s over the moon to be the Open Women’s Queensland Champion and secure a position in the WSL Gold Coast Pro Challenger Series which will be held at Snapper Rocks on Friday 6 May.

“My goal was to qualify for the WSL Challenger Series in the next three years, so to get the chance to surf in the trials this year is such an exciting opportunity,” said Bowrey. “I’ve been surfing Coolum all week in the lead up to this event to prepare for the conditions as I knew the girls would put up a good fight.”

Open Mens champion, Ben Lorentson, looked unstoppable in the final up against fellow Sunshine Coast surfers, opening up with a 5.5 and cementing the lead with an 8.33.

Lorenston said he was thrilled to win his first competition today and is excited to throw his hat in the ring at Snapper Rocks on Friday 6 May.

“I’ve never really won a comp before so I’m so stoked to have finally won,” said Lorentson. “I can’t wait to surf Snapper with only a few other guys in the water and gain some experience before I focus on the WSL Qualifying Series in 2023.”

Tomorrow the 2022 Queensland Surf Festival will continue the action with the Bodyboard and SUP surfing Titles.