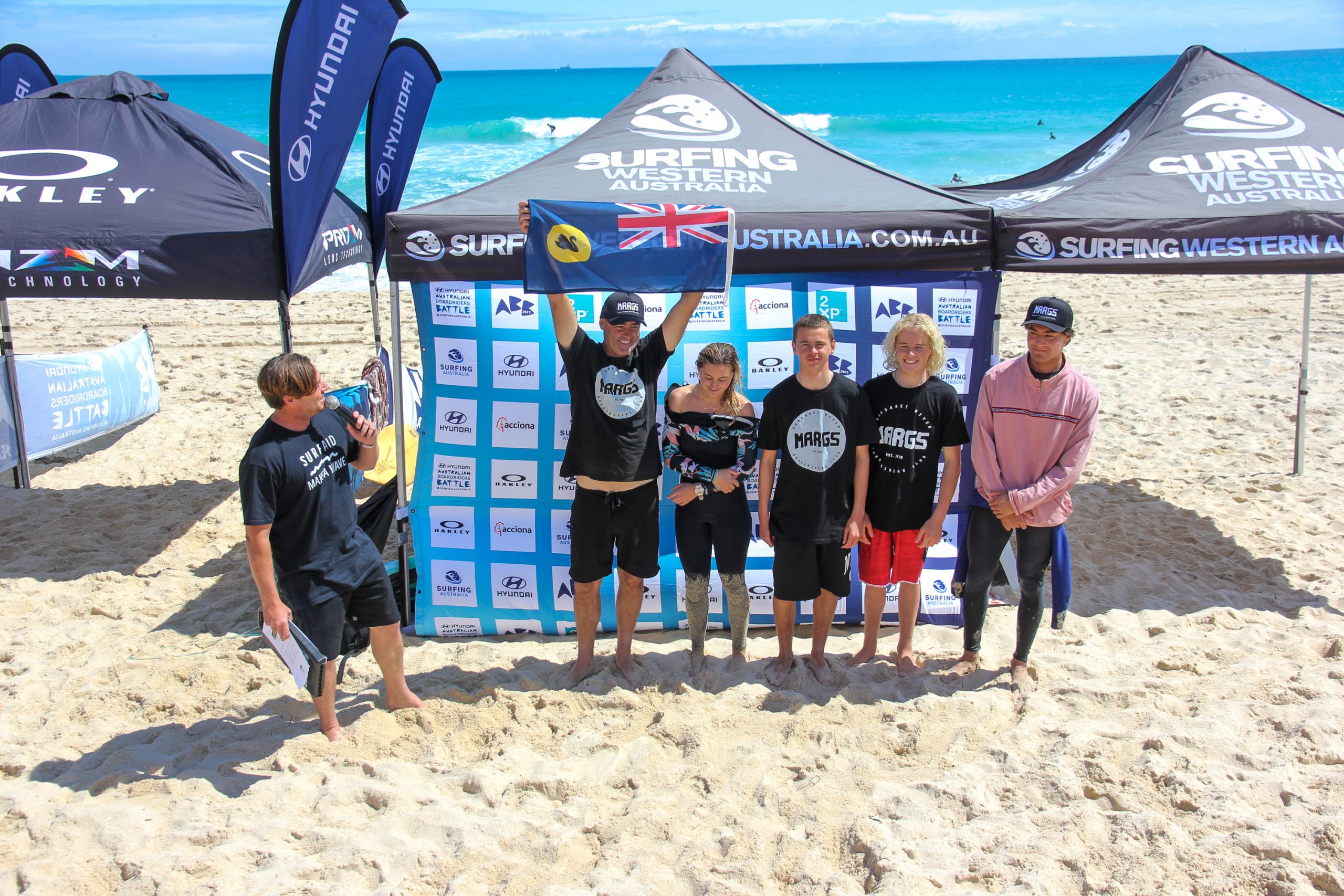 Now in its ninth season, the Hyundai Australian Boardriders Battle is the country’s biggest grassroots boardriders event, involving more than 60 of Australia’s best clubs and boasts a whopping $112,700 in prize money. Competing clubs nominated squads of six surfers – 3x Open Males, 1x Open Female, 1x Over-35 Master (male or female) and 1x Under-18 junior (male or female), who competed in an exciting and dynamic format.

The win for Margaret River marks the club’s sixth since the series began and sees them qualify for the National Final, scheduled for Newcastle in 2022, where they’ll take on the country’s leading boardriding clubs.

In clean and consistent 2 feet peaks, Margaret River’s squad of Alex McGuffin, Voltaire Takahashi, Mia McCarthy, Jack Mitchell, Solomon Pogue-Englert & Andrew Sheridan were able to amass a winning total, despite a late points penalty that only added to the drama and excitement of the event.

Margaret River impressed throughout the 60-minute final, with each surfers best two scores added together for a team total of 52.50, with variety of spectacular top turns, carves and snaps going down. However, their total was reduce to 47.50 after losing five points for catching an additional wave.

“It’s always been a goal of the Margaret River Boardriders to win the National Final,” said club captain Andrew Sheridan. “We didn’t qualify for the final last year so this win helps us on that journey. We look forward to catching up with all the surfing tribes from around the country.”

Fellow finalists Yallingup and Trigg Point displayed plenty of brilliance throughout the day and challenged Margaret River at every opportunity, but ultimately they had to settle for second and third on 45.70 and 32.80 points respectively.

“Surfing is typically an individual sport so when you get the chance to compete as part of a team it creates this wave of support and camaraderie that is hard to replicate,” said Surfing WA Events Manager Justin Majeks. “Its a super exciting and dynamic format which provided edge of your seat entertainment.”

For previous results, images and video highlights head over to www.australianboardridersbattle.com​