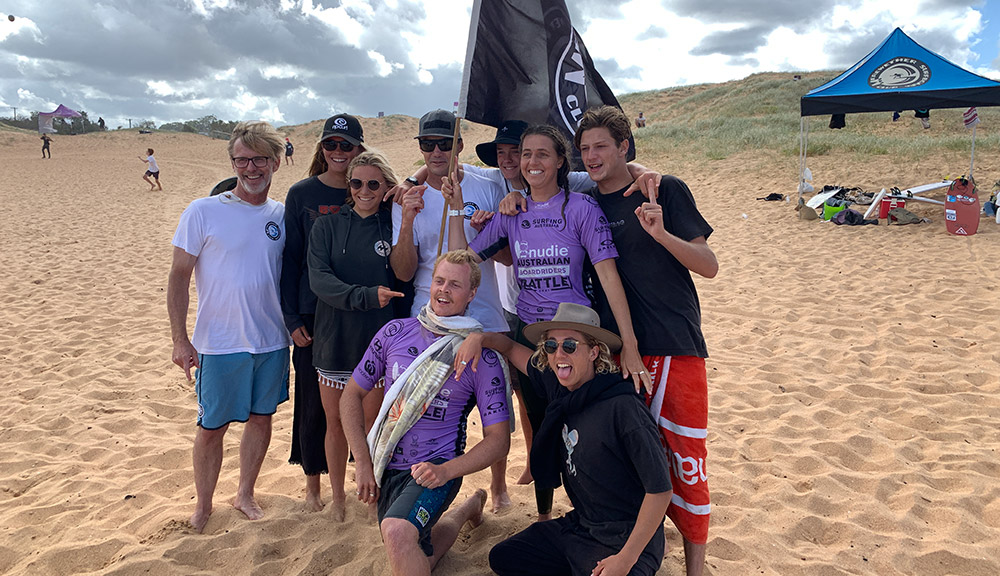 The Novocastrian team of Philippa Anderson, Jackson Baker, Mike Clayton-Brown, Paul Snow and Zac McMahon put on a clinic over the duration of the event consistently finding diamonds in the rough to finish the final with a 33.91 total and get the nod ahead of fellow former National Final Champions Avoca Boardriders who finished in second.

“Most years we’ve managed to qualify for the National Final through coming second or third here, so to get a win feels awesome,” said Baker. “This region is one of the most stacked regions in Australia and there were so many amazing clubs that didn’t get this far and we can’t wait to get into the National Final and hopefully defend the title we won a couple of years back.”

The nudie Australian Boardriders Battle saw 14 boardriders clubs competing for the chance to qualify for the national final which will take place in 2021.

The prime locations for the nudie Australian Boardriders Battle was North Narrabeen with backup locations of Collaroy, Dee Why, Long Reef and Curl Curl.

All competitors are advised to ring the event hotline (0458 247 212) by 6.45am on the days of competition to confirm location and running order.

For more information on the Nudie Australian Boardriders Battle Series head over to www.australianboardridersbattle.com​