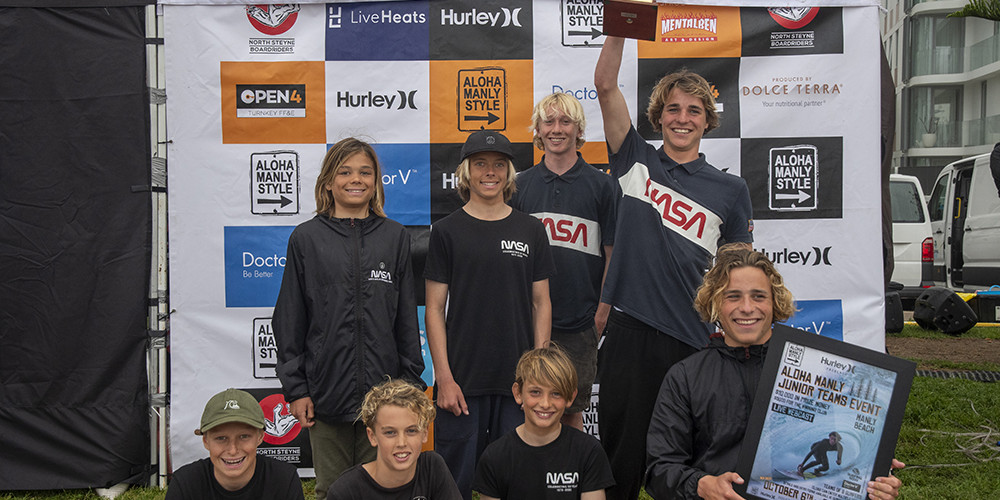 The northern beaches team took honours in an exciting fashion, smashing apart the solid five-foot conditions at Manly Beach with Van Whiteman, Luke Dujic and Hamish Nosworthy all taking heat victories today that allowed the club to propel ahead of North Steyne, Narrabeen and Merewether who claimed second third and fourth respectively.

Avalon put on consistent performances over the course of the entire event notching up five wins, two seconds and a third that gave them the upper hand against some fancied opponents.

As a result, Avalon was rewarded with $5000 first-place prize purse.

The overall leaderboard can be found here.

A total of 24 clubs from all over NSW competed in the elite event.

With $10,000 in prize money, some of the country’s best junior talent – and the largest contingent of NSW grassroots board riding – was on show.

All surfers will get to surf one heat, with points allotted for individual heat placing, meaning the most consistent team over the two days will take home the title and the $5000 first prize.

The event ran from the 6th – 8th October 2020, was the brainchild of the North Steyne Boardriders Club, who wanted to provide junior surfers from around the state with a focal point during the tough COVID-19 period.

The event was broadcast live on the Surfing NSW Facebook page.