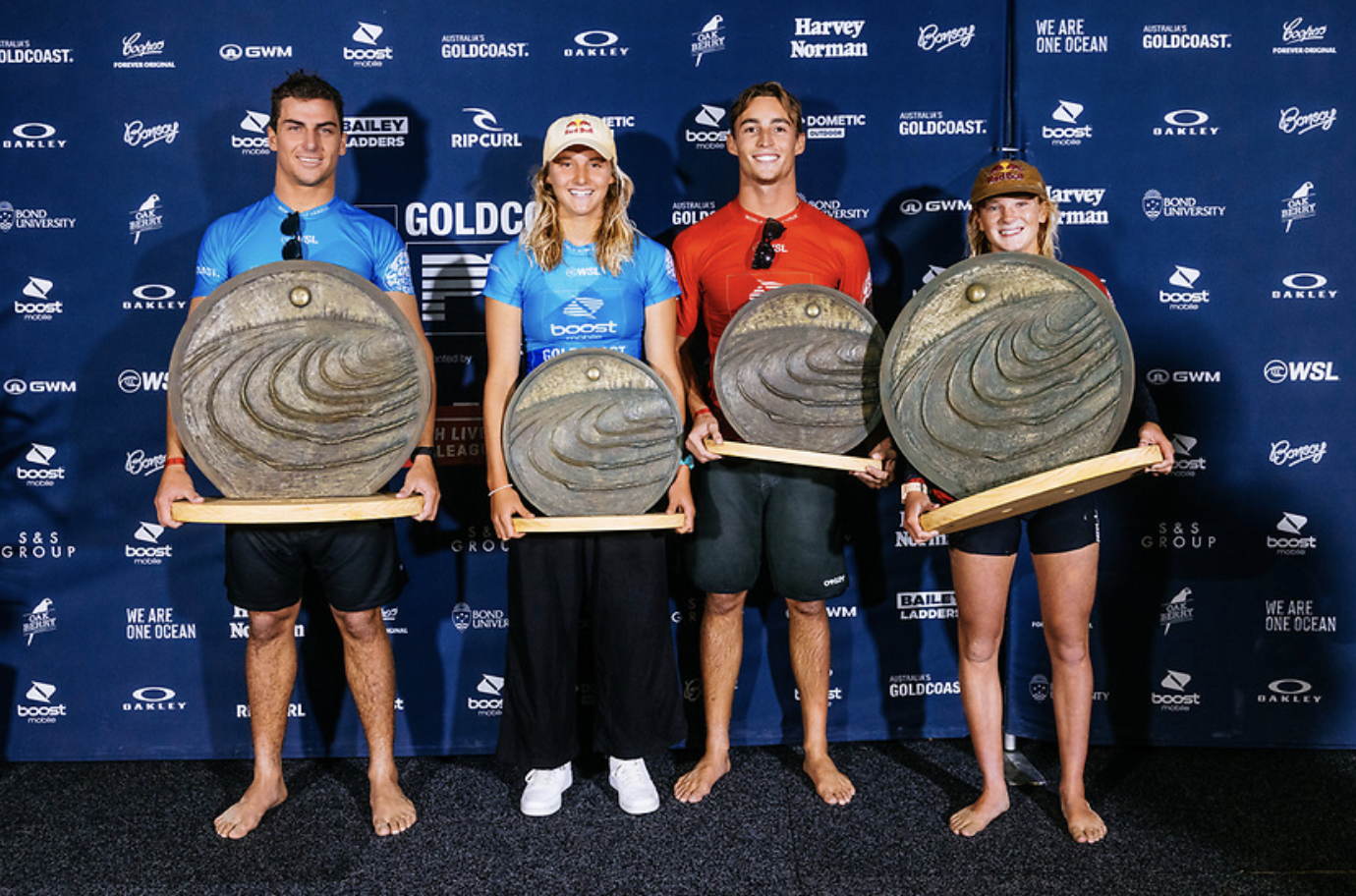 COOLANGATTA, QLD / Australia (Wednesday, May 11, 2022) – Today, Caitlin Simmers (USA) and Callum Robson won the Boost Mobile Gold Coast Pro presented by Rip Curl, the first stop of the World Surf League (WSL) 2022 Challenger Series. After 4 days straight of flawless waves at Snapper Rocks, the front edge of a massive East Coast Low began to show its face off the Gold Coast which caused wild and wooly conditions for Finals Day with competitors battling in strong-onshore winds and three-to-five foot waves. The conditions never detracted from the action with massive scores being dropped throughout the day.

Today’s victory marked the second Challenger Series win for 16-year-old Caitlin Simmers (USA). Simmers won the US Open of Surfing last year and also earned the final spot for the elite Championship Tour (CT). After Simmers declined the spot on the CT for 2021, Molly Picklum (AUS) received entry as the next on the qualification list. Given how close they were on the 2021 Challenger Series rankings, it was no surprise to see the two matched up in the first Final of the Challenger season here at Snapper Rocks.

“I’m so happy to win the first Challenger Series event of the year,” said Simmers. “It was really tough out there and I didn’t even know where I was for half of the heat. I was kind of just guessing on that last one and I guess I got the score, but Molly is my favorite surfer. She’s so gnarly so it’s so fun to share the Final with her. My goals for the season are definitely to try and win the Challenger Series, I’d love to do that.”

“I’m so happy to win the first Challenger Series event of the year,” said Simmers. “This has been an incredible event with amazing waves even though today, it was extremely tough out there. The wind and rain was howling and it was victory at sea out there. I really had no idea what my situation was in that final minute but I felt I needed a good second wave score – I got that last wave and just surfed it as best I could and managed to get the score – A goal for the season is definitely to try and win the Challenger Series – I’d love to do that.”

The Final between Simmers and Picklum witnessed an intense matchup as the two battled the stormy conditions for the first Challenger Series win of the season. Picklum stayed busy throughout the heat, locking in a 6.50 and 4.77 (each out of a possible 10). Although Simmers had a strong opening ride, she was left chasing a back-up score to overcome the Australian. In the final minute of the heat, Simmers utilized her priority for one last opportunity. Only needing a 5.45, Simmers overcame the requirement with a 6.03 to take the win away from Picklum.

“I’m a little disappointed,” said Picklum. “It is always nice to take the win, but I am so stoked for Caity. She’s an incredible surfer and an incredible competitor, and not everyone has those two things. I can’t wait for our year together and hopefully, we will be in a bunch of Finals together. Of course, hopefully, I get her one of these Finals. I’m ready for Manly next week. That will be a different event surf wise but I’m looking forward to the next stop on the Challenger and this entire series.”