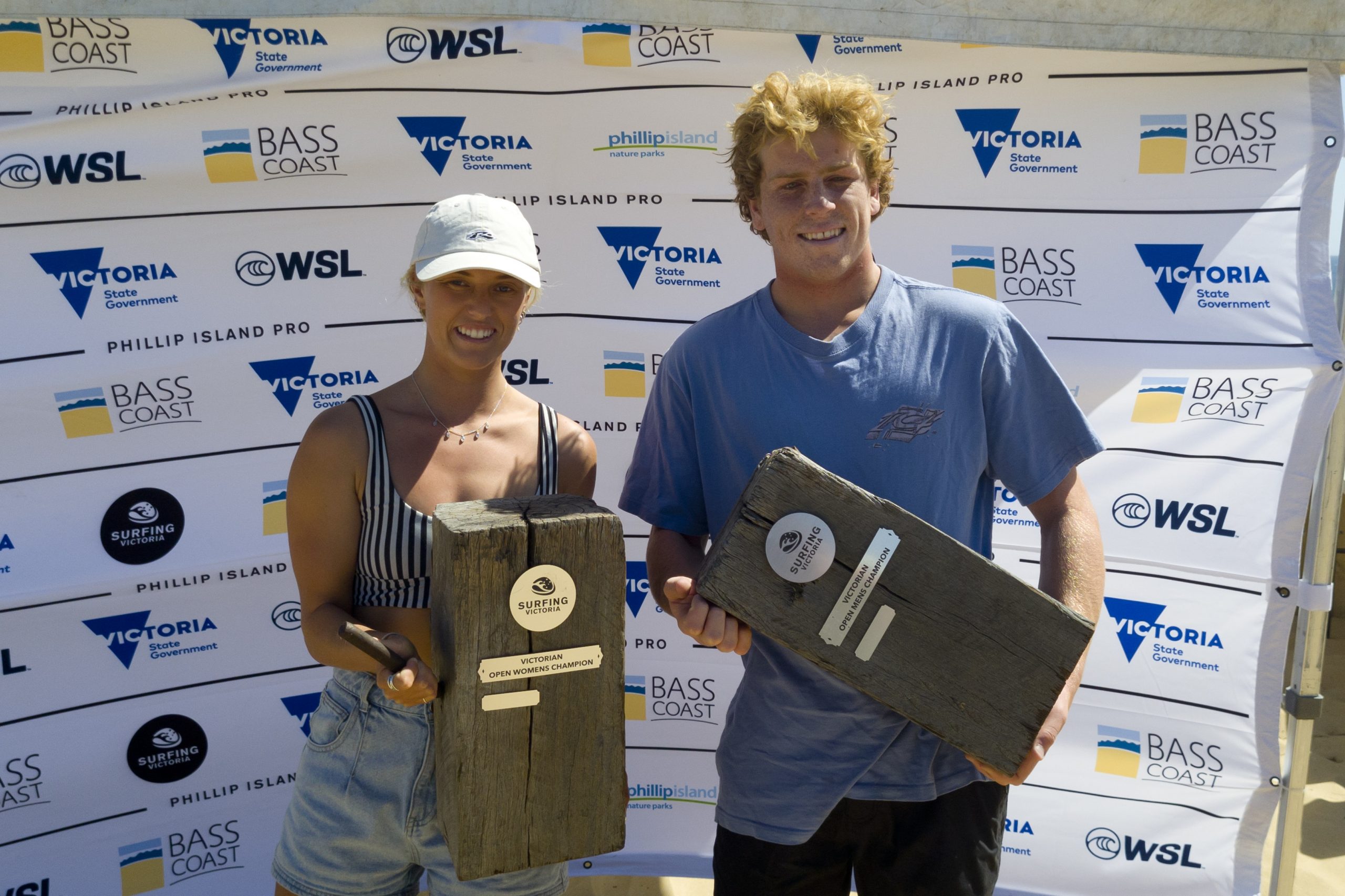 Both Fletcher and Huxtable will gain a spot in the Rip Curl Pro Trials event to be held at Bells Beach in April.

The final round of the three-event series was held as part of the Phillip Island Pro in clean, solid waves at Cape Woolamai today providing the perfect end to the series.

In what was a final that went down to the wire, Cody Robinson (Jan Juc) took out the third event of the series finishing with a 12.06 heat total.

Local surfer Harry de Roth (Phillip Island) had a chance at the siren to leapfrog into the lead and secure the state title over Huxtable. Needing a 5.66 wave, he fell agonisingly short with a 5.37 (out of a possible 10), leaving Huxtable as the ratings leader and State Champion.

“It feels great to get the overall State Title win” said Huxtable. “It’s been a great event and some fun waves on the Island.”

“The goal for Victorian’s is always to get to the Rip Curl Pro Trials and make the main event. To get the chance for that spot is awesome. I can’t wait for it.”

In a big day of surfing for Sophie Fletcher who was also competing in the WSL QS1000 event, she unfortunately was knocked out of the Open event in the Semi-Finals. Regardless, her prior results left her in top position at the end of the day and with the State Title in hand.

“It’s nice to take home a state title especially here at home on Phillip Island” said Fletcher. “The waves turned on for us today so it couldn’t have been better!”

“The Rip Curl Pro Trials is the biggest event of the year for us Victorians. It’s such a great opportunity to have the chance to surf in a Championship Tour event. I’m looking forward to getting over there and surfing at Bells.”

Jan Juc’s Angela Ball took out the event round win today in her biggest career result finishing with a heat total of 8.33 in what was a slow heat.

The Victorian Indigenous Invitational was also run bringing together the top 8 indigenous surfers from around Victoria.

The Quarter Finals of the Women’s QS1000 and Round of 16 of Men’s QS1000 were also run. Victorian’s Ellie Harrison (Barwon Heads) and Bella Wilson (Jan Juc) were standouts in the Women alongside top seed Sophie McCulloch (Sunshine Coast) and Freya Prumm (Merimbula).

Finals day for the QS1000 divisions is set for tomorrow morning with a call to be made at 7am for a 7.30am start at Cape Woolamai.

Live scores and heat draws for the QS1000 can be found on www.worldsurfleague.com