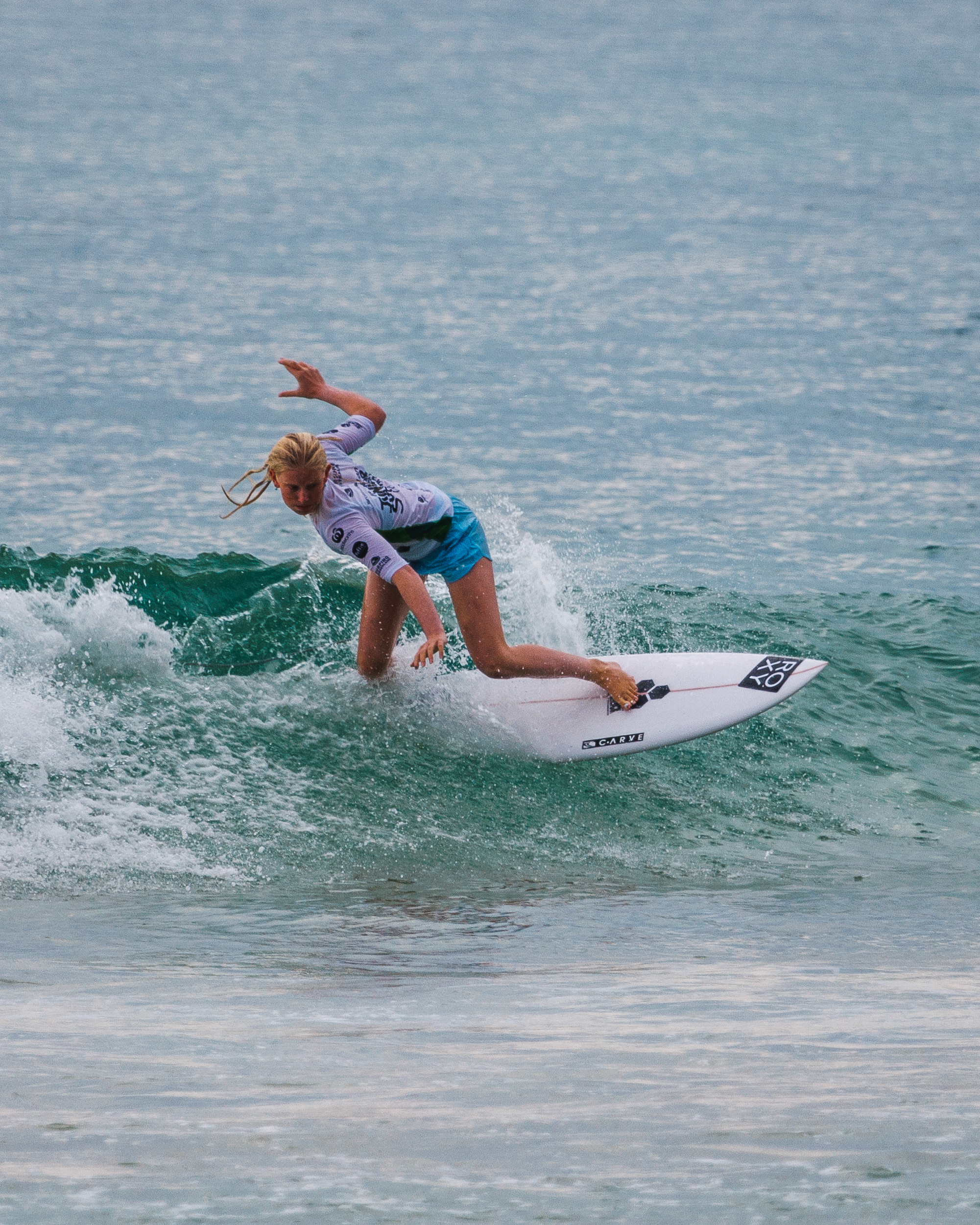 The third day of the Woolworths Australian Junior Surfing Titles saw the completion of the Under 14 Girls heats with the 12 top contest surfers progressing through to the quarter finals.

Competing in the final heat of the day Meika Locke (Palm Beach, QLD) posted the highest score of the round finishing on 12.75. Eliza Richardson (Sunshine Beach, QLD) also impressed with the highest individual wave score of 7.75 to win her heat on a total of 12.65. While Olive Hardy (Gnarabup, WA) ended with a heat total of 10.90.

The rest of the day involved the schools divisions with the Allstars and the MR Shield for both Boys and Girls U19 and U16 fighting it out to win a spot in the finals to be held tomorrow.

Glen Elliot also praised the States and camaraderie between surfers.

“All States are conducting themselves in a very professional manner. The support network they’re providing for all of their teams has been outstanding,” he said.