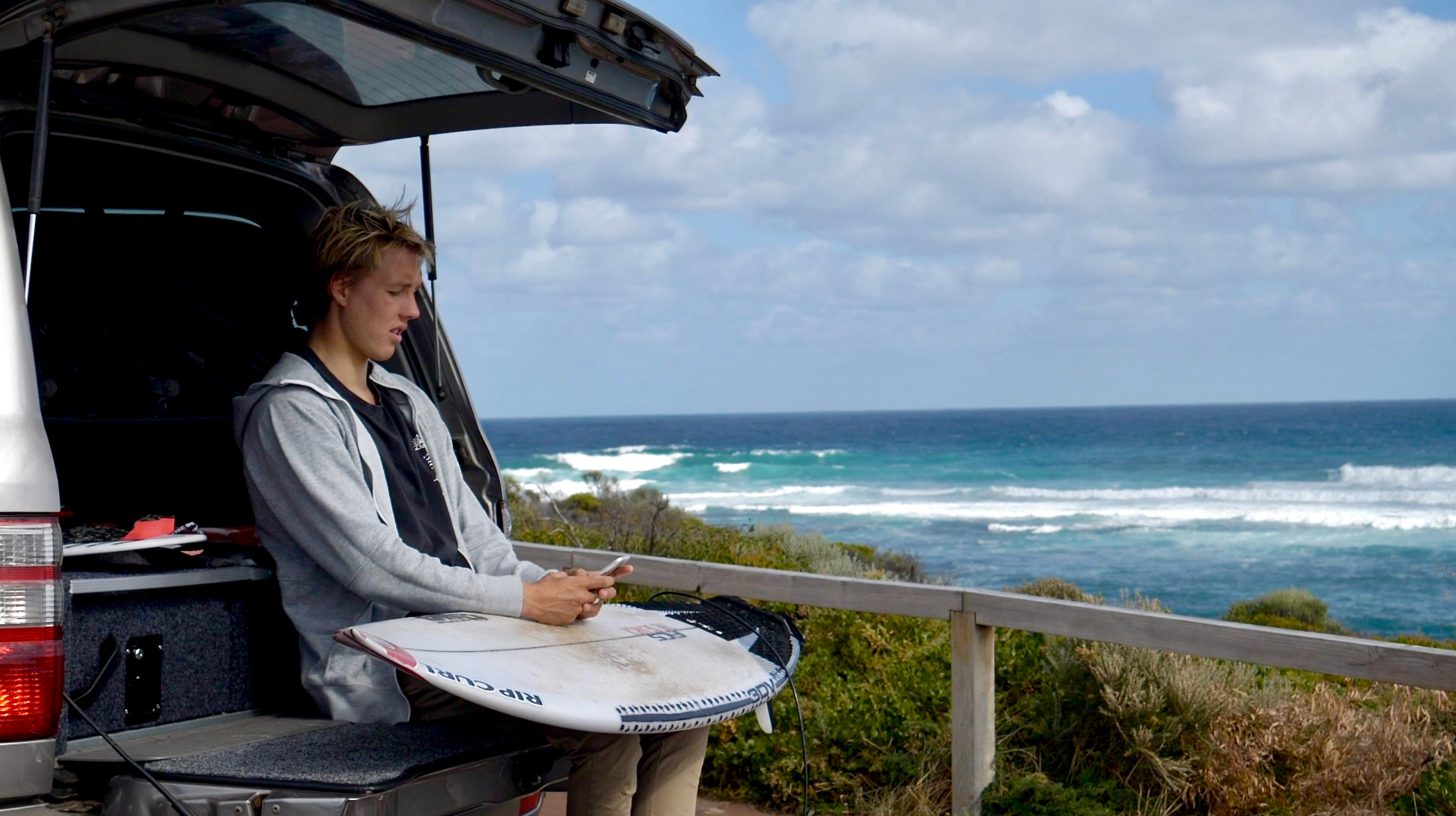 TRIGG BEACH WA/AUS (Thursday 10th March 2021) – Surfing Western Australia is excited to announce that their road safety message #NoTxtNoWrecks, will continue to be promoted to WA surfers and drivers thanks to the support of the Western Australian Government’s Road Safety Commission.

Surfing Western Australia was proud to launch the #NoTxtNoWrecks message alongside the Road Safety Commission back in 2015 and ever since the campaign has been playing an important role in educating WA drivers of the dangers of distraction and inattention while behind the wheel, particularly texting while driving.

Since then the #NoTxtNoWrecks has developed into a national strategy with the message now being promoted in New South Wales and more recently in Queensland.

A distracted driver is not only a risk to themselves, but they also endanger their passengers and other road users. In 2019, almost 20% of deaths on WA roads were caused by distracted drivers. 95% of all WA drivers acknowledge the danger associated with using their phone while driving, and yet surprisingly 50% of people still admit to this selfish behaviour.

As surfers, we spend countless hours travelling across the state to enjoy WA’s wave-rich coastline. Surfing WA manages close to 30 events per year, with most involving an average travel time of at least two hours for competitors, spectators and event staff.

“We are proud to have the Road Safety Commissions on board supporting the surfing community as well as the wider community, who all stand to benefit from the #NoTxtNoWrecks message,” Surfing WA CEO Mark Lane said. “We want to encourage behavioural change in drivers young and old across the state to stop the devastation of preventable road accidents caused by driver in attention.”

With so much time spent travelling around the State, Surfing WA will use its strong network throughout regional and metropolitan WA to promote the #NoTxtNoWrecks message.

Road Safety Commissioner Adrian Warner said he was thrilled to see such an important message being promoted throughout the community.

“I’d like to congratulate Surfing WA for taking the initiative in spreading this vital road safety message to its members and the wider community,” Commissioner Warner said. “We continue to see far too many drivers distracted on our roads, and mobile phones are one of the major causes of inattention. Many of our state’s greatest surfing locations are in regional areas, places where speed limits tend to be higher, and looking away for even a moment is all it takes.”

Surfing WA’s #NoTxtNoWrecks ambassadors are Jacob Willcox and Mia McCarthy. Both hail from the South-West of WA, an area where both the waves and the roads can present their challenges. They understand how risky driver distraction and more importantly mobile phone use behind the wheel can be.

“The roads in Western Australia require your full attention at all times,” said Champion Tour hopeful Willcox. “Have you ever tried to send a text message while surfing, no because you’d wipeout – the same principal applies behind the wheel of your car.”

For further details on the #NoTxtNoWrecks campaign, please follow Surfing WA on social media  or by visiting www.surfingwa.com.au