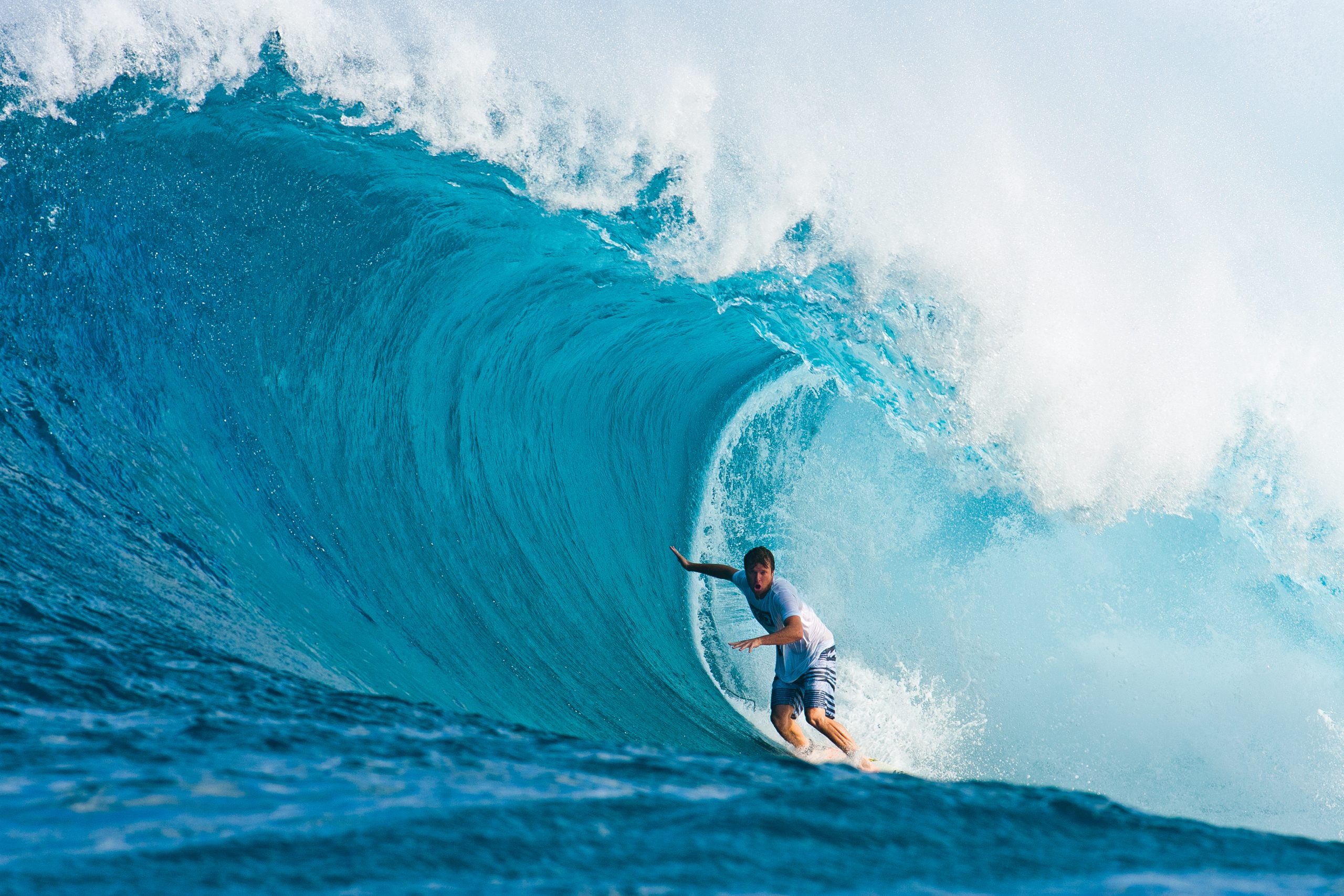 Taj follows in the footsteps of Joel Parkinson, who was inducted last year.

Australian Surfing Awards Curator Nick Carroll said Taj Burrow has been one of the most creative and successful Australian surfers of the past 30 years.

“Taj was born in Yallingup, Western Australia and was destined to surf – both his parents surfed, and took turns looking after baby Taj on the beach. As a teen wonderkid he qualified for the top tier of the world tour, only to knock it back in favour of a year’s training in heavy surf to prepare himself. He went on to a spectacular innings on the Championship Tour, competing for 18 years, winning 12 majors and over $10 million in prize money and ranking second in the world twice.

“Taj has marked his surfing life in many other ways than competition. His brilliant creative performance style influenced a whole generation of kids worldwide and he is an enthusiastic backer of youth surfing – his “Taj’s Small Fries” junior event, held in Yallingup each year, is a mainstay of grommet-world.”

Taj retired from professional surfing in 2016.

Surfing Australia CEO, Chris Mater said: “It’s a pleasure to welcome Taj as our 45th Australian Hall of Famer. Starting out as a child surfing prodigy he went on to have one of the most incredible surfing careers ever. A surfer that could do it all and always with style to burn. Congrats.”

Hosted by surf media icons, Vaughan Blakey and Jess Grimwood , the 2022 Australian Surfing Awards honour the best surfers over the past 12 months across 17 categories, adding to the excitement of our biggest gong, the Australian Surfing Hall of Fame.

This year’s event will once again be held at QT Gold Coast.

Gold Coast Mayor Tom Tate said: “It’s fantastic to see Surfing Australia bring this event back to our city in partnership with Major Events Gold Coast and Tourism and Events Queensland to honour those who have made such a great contribution to surfing in this country.

“When surfing was introduced to Australia’s shores more than 100 years ago, the Gold Coast rapidly became a beacon for the sport. Today, from Surfers Paradise to Coolangatta, thousands of locals and visitors enjoy catching a wave on our beaches. Let’s hope this partnership brings more events – and exposure – for the sport on the coast.”