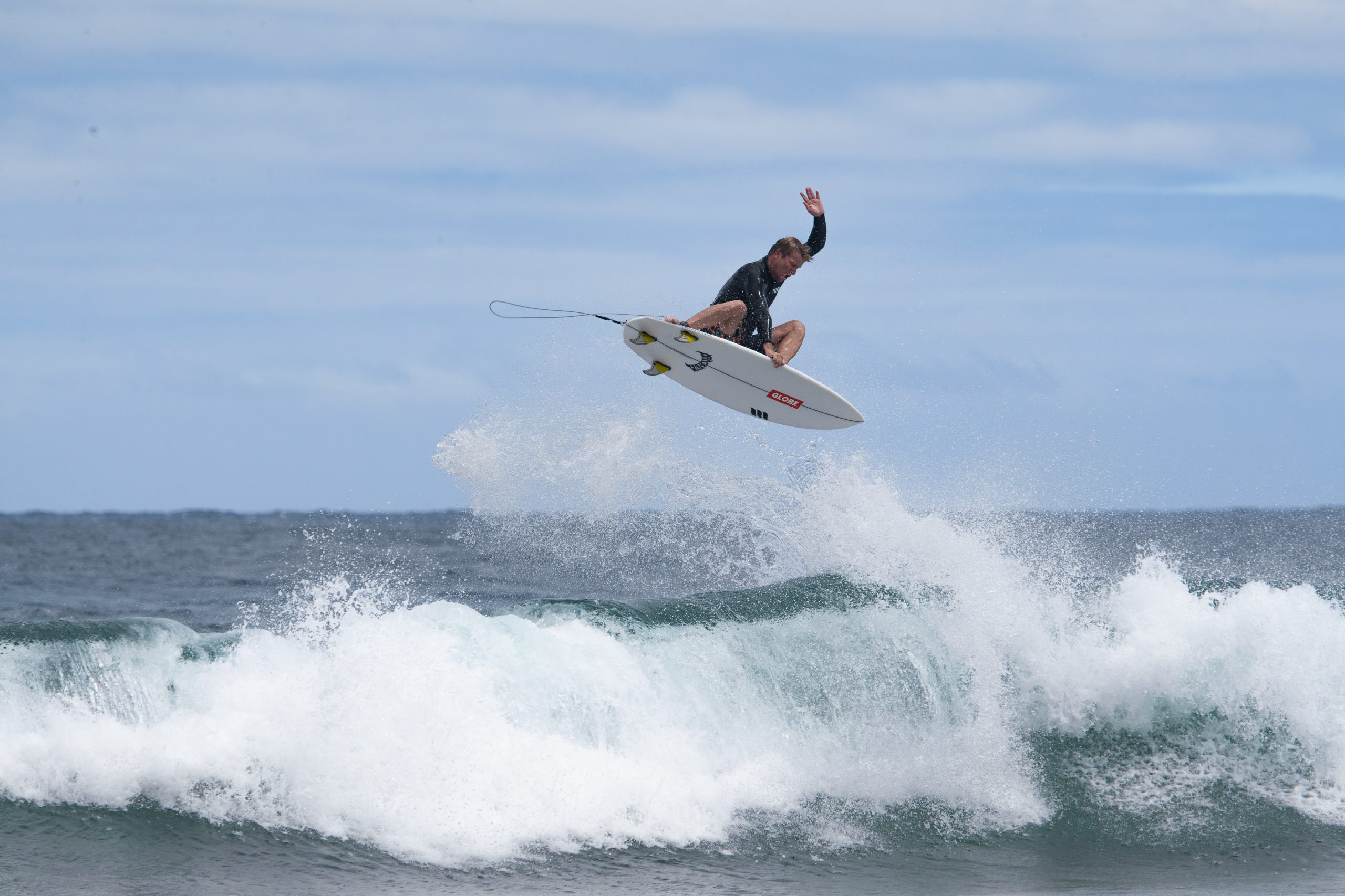 TRIGG BEACH – WA/AUS (Tuesday 5th January 2021), Western Australia’s biggest, best and most prestigious junior surfing tournament is preparing to kick off, with Taj’s Small Fries set to celebrate its 16th year of grommet stoke on the shores of Yallingup next week.

This tradition of unearthing talent will most certainly continue in 2021, with a record number of frothing ‘small fries’ converging on Taj Burrow’s hometown of Yallingup for three days of fun and festivities.

After an amazing international career spanning almost two decades, event host and WA’s most successful male surfer, Taj Burrow is excited to see another generation of groms tackling the same waves and stretch of stunning coastline he grew up surfing.

“16 years are you kidding me, that’s crazy! Its just been a blur of good times for me and hopefully all the groms as well,” said Burrow. “I can’t really pick a best event over the years, I think every one we’ve had has been special, they’ve been amazing! Great waves, great surfing, and for me just seeing the smiles on all the kids faces is the most rewarding part. I love seeing every single kid have a good time.”

Launching Surfing WA’s extensive competition program for 2021, Taj’s Small Fries will see over 120 boys and girls from right across WA and as far afield as Queensland compete in eight separate divisions including; 16 & Under, 14 & Under, 12 & Under and everyone’s favourite, the 10 & Under Micro Groms.

“I’ve found myself getting way more involved in the event these days, obviously when I was on tour I only had a small window of time at home and then I had to get on the road again, so I was always pretty keen on just kicking back and relaxing, not doing much and back then Small Fries was a bit more of a commitment for me,” said Burrow. “Don’t get me wrong, I absolutely loved it, but I would only come to the beach for a little while and watch certain heats, but these days I love Small Fries so much more, mainly because I do have that free time, I don’t have to pack my bags and travel. I’m here, I’m home, I’m settled, I’ve got kids of my own, I’ve just got a whole lot more interest in being involved and the whole process is just a lot more enjoyable for me now.”

Taj’s Small Fries is proudly supported by the City of Busselton, which is the events capital of Western Australia.

“The City of Busselton is proud to host WA’s biggest and best junior surfing event here in beautiful Yallingup. Now in its 16th year, Taj’s Small Fries is a real success story,” said City of Busselton Mayor Grant Henley. “The event is great for the sport of surfing and wonderful for the town of Yallingup. It also provides local surfers with the opportunity to compete at a high level on their home breaks.”

As well as three days of red-hot surfing action amongst Yallingup’s world class waves, there will be no shortage of fun and interactive opportunities for competitors and families to enjoy throughout the event.

Small Fries and their families will get to rub shoulders with Taj at the opening ceremony and competitor registrations on Thursday afternoon, before surfing gets underway on Friday and continues through to finals on Sunday. Board.Store will be hosting a ping pong event on Saturday evening and the event presentations and special Small Fries movie night will take place on Sunday afternoon at Caves House.

“Taj has been such a great role model for generations of young surfers across the globe and we’re thrilled to once again combine forces to deliver this truly epic event,” said Surfing WA Events Manager Justin Majeks. “Surfing WA is stoked to be kicking off our 2021 calendar of events in the beautiful and iconic Yallingup region.”

Surfing WA acknowledges and pays respect to Wadandi Elder Sandra Hill and Undalup Association for their assistance and consolation on the Taj’s Small Fries event artwork.

Surfing WA reminds all our traveling competitors and families of the dangers of sending a text message or using a mobile phone while behind the wheel – Remember #NoTxtNoWrecks.
Taj’s Small Fries Honour Roll (16 & Under Boys & Girls Champions Only)2020:
Macklin Flynn (WA)
Willow Hardy (WA)