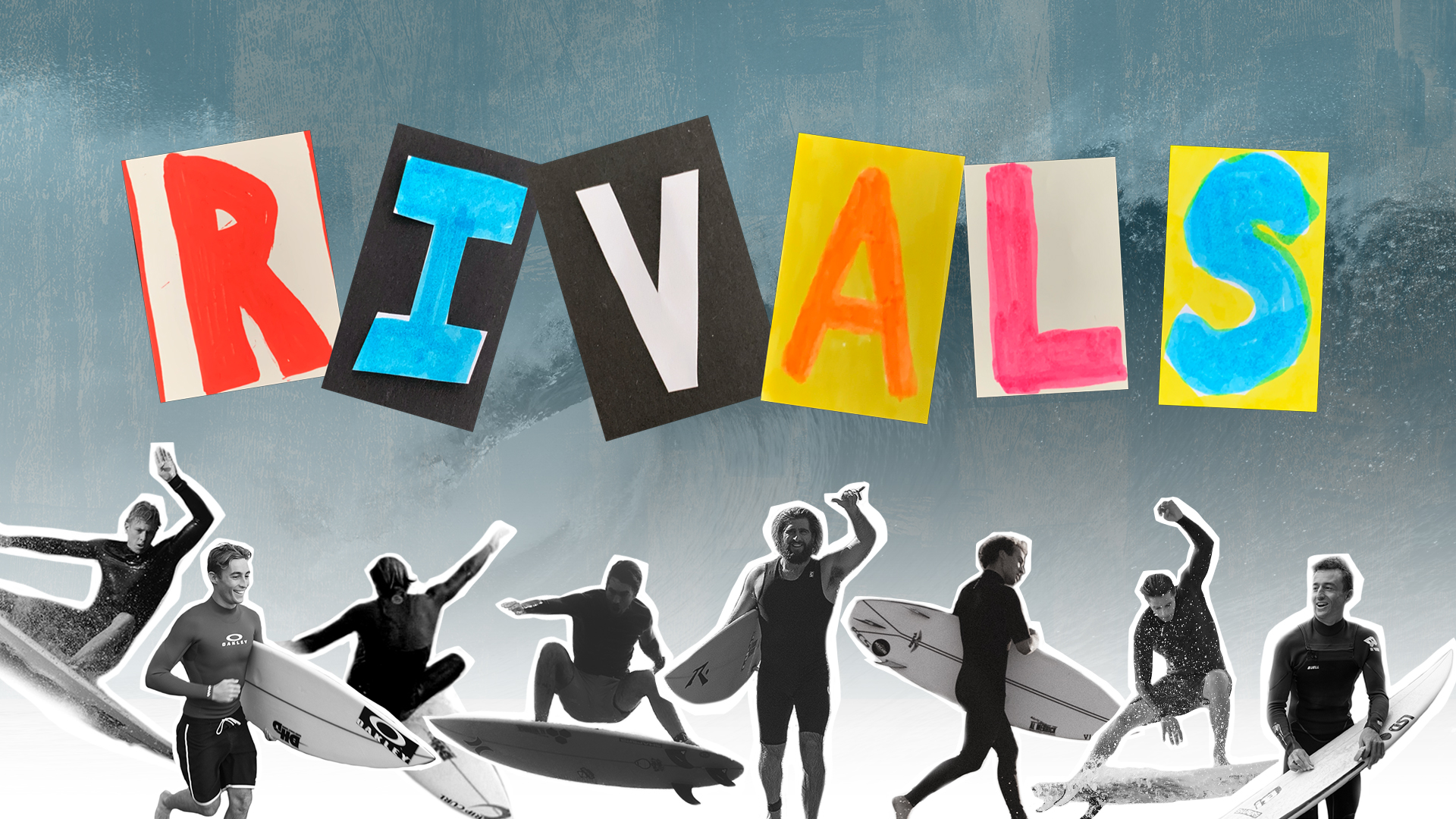 The Challengers Have Arrived: RIVALS Season 3 is Back this September
Published on 03/09/2022

“Imagine surfing a heat for three hours, in waves that you choose. That’s what you want every time, right!”

After the success of season two and an audience of more than 1.3 million, RIVALS is back with a third season. Rivals Season 3 is a 10-part series set to start on the Nine Network from September 3rd.

This season, the stakes are higher, heat times are longer and, for some, there is pride fuelled by a lifetime of rivalry on the line. You’ll see eight elite athletes, eight iconic surf breaks but only one winner!

We’ve hand-picked Australia’s best up-and-coming male surfers – they’ve dreamt of World Title glory most of their lives and have now become the Challengers.

They have a two month window to choose the best conditions to surf a three-hour heat at a surf break within 60km of their home – it’s a true battle of the hometown heroes.

The Challengers will pick their best three waves from the session to be judged and ranked against their real-life rivals.

The youngest of the Challengers, Reef Heazelwood (22) can’t wait to take on the pack that he’s looked up to and helped shape his career.

“I’ve been competing against Jordy, Kalani and Matt for years. As a grom I watched them and wanted to get to their level and then beat them,” said Heazlewood.

“The WSL Qualifying Series became our level playing-field and now we’re all here together. We’ve all had our moments, our victories, but this would be a great one to win.

“RIVALS is such a cool concept, it’s really unlike anything else and pretty exciting to be part of, but the pressure is on to make the right call. You’ve got to pay attention, look for things you might not usually look for, things that you know will be the difference in your performance.

“For me it’s about looking for a break where I can be the only one out and for a light onshore wind to help push my aerial manoeuvres. The wind is the difference between me and the others who would probably look for offshore, clean conditions that are good for big barrels.”

There’s no hooter, no scoreboard, only the pressure and strategy they’ve honed to be the next best thing. These surfers have returned home between events to mix things up and while the format may seem relaxed, it’s time for them to use their local knowledge and forecasting smarts to make the call.

For some, that call will be the difference between winning and losing and the best and worst surf of their life.

“This season of RIVALS is for everyone,” said Surfline’s Nick Carroll.

“It jumps way beyond traditional competition, and it’s nice to see people doing what they love and be invited into their lives.

“The toughest thing the surfers have to do is pick the day because it’s as much about showing off your home break as it is how well you surf it,” he added.

Surfline, the know-before-you-go leader in global surf forecasting, helped each of the eight surfers by providing the direct localised forecasts to maximise their scoring potential.

“Those that had the time to utilise the forecast power really got the great waves and saw the results,” said Carroll.

RIVALS Season 3: The Challengers is an Australian original series on the Nine Network from 3 September – 5 November 2022.

RIVALS encore episodes will be available on Nine and 9GO.

Extended additions and behind the scenes on @mysurftv Youtube Channel