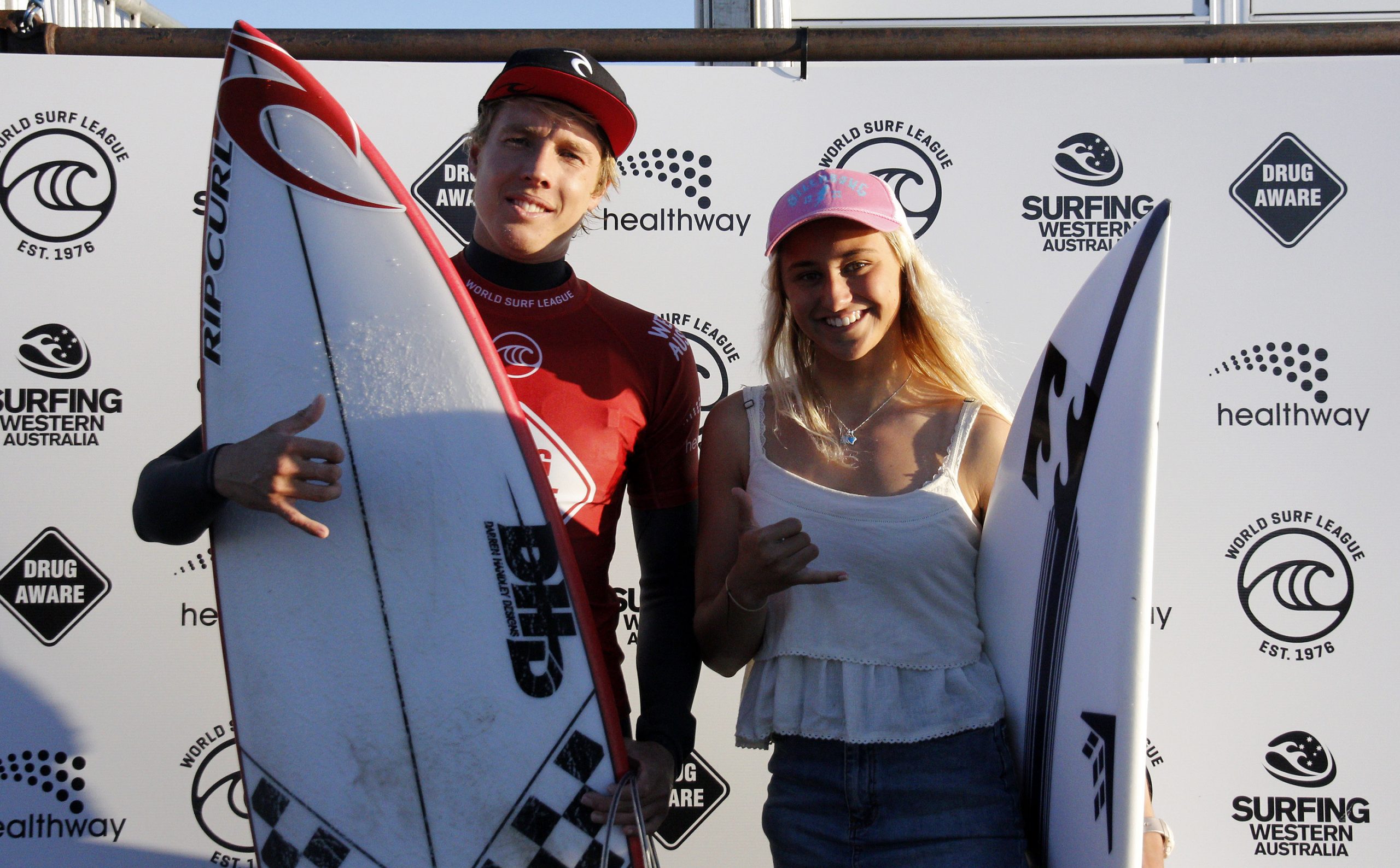 TRIGG BEACH WA/AUS (Wednesday 21st April 2021) – The upcoming Drug Aware WA Trials will see one male and one female West Australian surfer get the chance to compete against the world’s best at the upcoming World Surf League (WSL) Boost Mobile Margaret River Pro in May.

Acting as the official curtain raiser to a thrilling month of professional surfing in Western Australia, The Drug Aware WA Trails will take place on Tuesday 27th April at Surfers Point, Margaret River and is set to feature 12 of the best male and 8 of the finest female surfers in the state, all vying for that precious spot in the Margaret River Pro.

Surfing Western Australia CEO Mark Lane said, “This opportunity for one lucky guy & girl is truly the chance of a lifetime. To surf against their heroes and World Champions is something they will remember forever.”

Surfers have been selected based on their performances over the past 12 months, with the trialists a mixture of local boardrider club champions, state champions, national champions, specialty event winners, the Drug Aware Digital Trials winners, as well the highest rated WA surfers from the World Qualifying Series.

Surfing WA Events Manager Justin Majeks said, “Our surfers have followed different pathways to get their opportunity to compete and I can’t wait to see who’ll represent WA alongside local hero’s Jack Robinson and Bronte Macaulay in Margaret River.”

The Drug Aware WA Trials provides an unparalleled opportunity for local surfers to compete against the world’s best. The 35th Margaret River Pro, the fourth stop on the World Surf League (WSL) Championship Tour (CT), will be held from 2nd – 12th May 2021 at Surfers Point with competition taking place on waves at Main Break and potentially The Box.

Drug Aware was established in 1996 and is the only comprehensive, on-going government program on illicit drug education (outside of schools) undertaken in Australia.

Drug Aware is one of the key initiatives in the state framework of educational strategies forming part of a comprehensive approach to address illicit drug use in Western Australia. The program aims to prevent, delay and reduce drug use and related harm, by providing credible and evidence-based information to Western Australians, to help them make informed decisions about their drug use and related behaviour.

The State Government is a proud supporter of the event through Tourism Western Australia.

Live scores and results from the Drug Aware WA Trails can be followed via www.surfingwalive.com.au

For more information on this or any other WA event be sure to log onto www.surfingwa.com.au and check out all the Surfing WA social media platforms for event updates and information. Further information on the Margaret River Pro can be found at: www.worldsurfleague.com

About Drug Aware:
Drug Aware has been delivering these messages across the state since 1996. Drug Aware was established as part of a state framework of educational strategies designed to address illicit drug use among young people in Western Australia. It is the first comprehensive ongoing program on illicit drug education undertaken in Australia. The program seeks to provide honest, credible and evidence-based information to young people in order to help them make informed decisions. www.drugaware.com.au