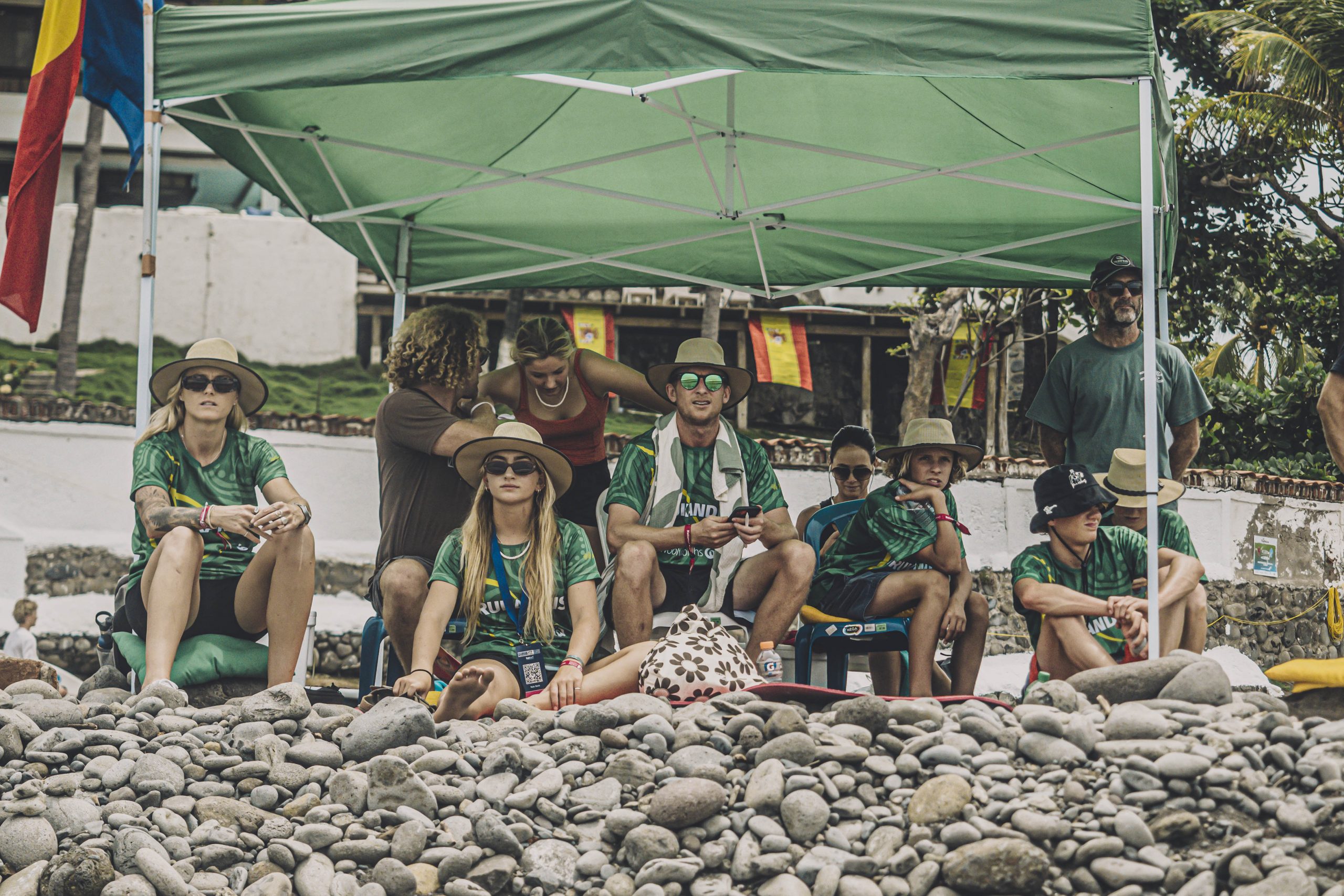 Boy’s U-16 Repechage Round 1 opened with a bang as Puerto Rico’s Joseph Biasotto caught just two waves but made them count. A pair of 9’s made it clear that he is not willing to be relegated to cheering his fellow teammates just yet; his heat total of 18.55 landing him the new event high score.

Mateo Christodulu is extremely proud to be the first surfer to represent Greece in the ISA World Juniors.

“I feel honored and very grateful and happy to represent Greece because I am the first junior representing my country in this tournament. This championship gives me the opportunity to compete against the best juniors in the world and maybe to qualify for the Olympics one day.”

“Another day of amazing performances and amazing waves. It’s always hard to see athletes eliminated, but every one is a national hero. But what’s unique about these events is that everyone can still play a part as a fan cheering their own team. The ISA spirit is strong in each of the competitors as we move towards crowning the first junior World Champions in three years.”

Round 2 of the Main Event was completed in every division. All 419 competitors still have a chance to win gold, but the first repechage round is now filled and eliminations will begin Tuesday morning.

Eden Hasson (AUS) had the goal of opening with an excellent score and that’s exactly what he achieved. An 8.33 in the early moments, combined with a 7.50, handed him the highest heat total of the day for Boys U-16 (15.83). Hans Odriozola (ESP) flew through a gigantic backhand floater, followed by a two-turn combo, for a well-earned 9.50 and the highest single wave score of Boys U-16.