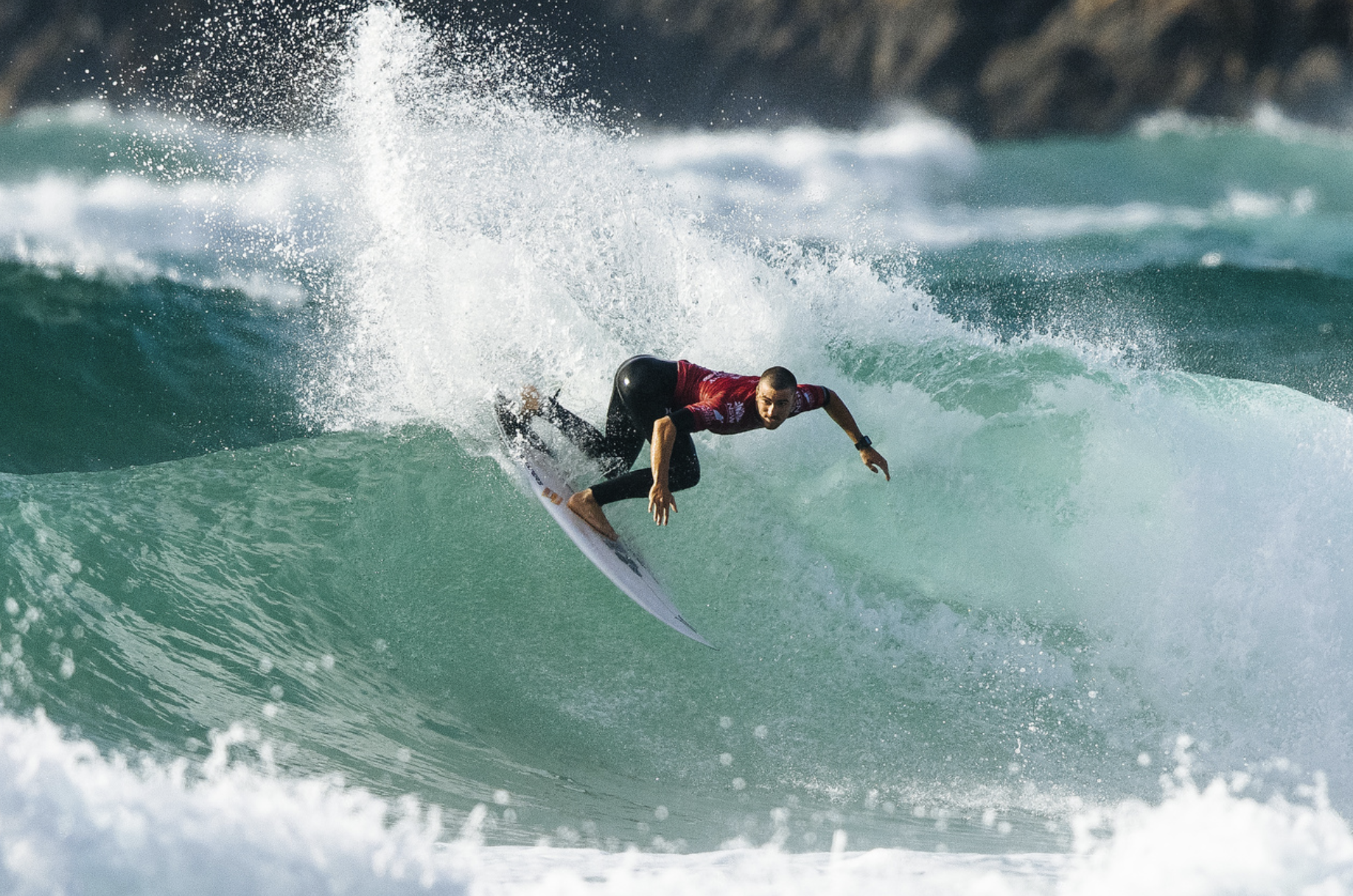 Cabarita, NSW/AUS (Wednesday, June 23, 2021) – Cabarita Beach has turned on super fun two-to-three foot surf once again for the third day of competition at the Oakeberry Tweed Coast Pro WSL Qualifying Series 5000 event. It was a successful day for the top seeds with the event’s big names progressing through their rounds as the Challenger Series qualification scenarios start to become clear at the last event of the season in Australia.

Fresh off two back-to-back Championship Tour event Wildcards, Reef Heazlewood has come to the Tweed Coast Pro with more competitive preparation in the last few months than just about anyone in the draw. The sharpness was evident as the explosive goofy-footer put together a seamless heat to take the win, even posting an excellent 8.00 point ride for a beautifully-surfed right-hander. Heazlewood progressed into the Round of 32, almost guaranteeing himself a top spot on the regional rankings ahead of the 2021 Challenger Series.

“I’m feeling pretty relaxed, calm and cool which is nice,” Heazlewood said. “My goal at this event is to just guarantee as high a seed as possible ahead of the Challenger Series. I’m not sure that I can jump into first but I’m keen to hang onto second. I really just want to have some fun and so far I am. The waves are good today and look like they will continue throughout the event which is great.”

Byron Bay resident Kyuss King looked solid in his Round of 64 heat at Cabarita Beach posting a 14.14 two-wave total to win his match-up and progress with fellow NSW North Coaster Mikey McDonagh. King showed flow and finesse on the right-hand walls and looked right at home as he goes for his best QS result of the season and a spot inside of the Australia / Oceania top 10 by the end of the week.

“I was here all day waiting for my heat yesterday then the event was called off so it felt like a long wait to get that one in the water,” King said. “I just reset and came back with a similar plan this morning and it all worked out. I feel pretty familiar with this area as I surf here a lot. I have some good friends that live here so spend a lot of time here so it’s cool to be competing here now. I think I’m sitting in a pretty good spot on the rankings at the moment so I just need to make it through a few heats and I should be good. I’m feeling good and strong and my board feels amazing so I’m confident I can do what needs to be done.”

The biggest upset of the event so far came when New Zealander Kehu Butler was eliminated from the event and possibly from Challenger Series qualification. Currently sitting in 10th on the regional rankings, Butler needed to make at least two rounds to safely lock in a spot on the CS but today, in a slow heat at the bottom of the tide, Butler was unable to get the job done and was eliminated by Dextar Muskens and Dakoda Walters. Walters, sitting at 11th on the rankings, now has a huge opportunity to lock in a spot on the Challenger Series for the first time in his young career.

“It’s really tricky out there at the moment,” Walters said. “I was struggling for the whole heat but got one at the end that got the job done. I feel like I always end up needing a score at the end which can be stressful. It’s alright when I get it though — I’ll always give it my best to get the job done. I never did that well in events but am starting to build a bit more confidence which is nice.”

Women’s top seeds Macy Callaghan and Molly Picklum were able to progress through their opening round heats today at Cabarita, continuing the trend of the red jerseys from the men’s into the women’s. While CT competitor Callaghan was lucky to scrape through behind an inform Ellie Brooks, Picklum was more definitive with her win, easily overcoming her opponents with a 14.00 point two-wave combination.

“It’s always fun to win heats,” Picklum said. “I find it tough sometimes to balance having fun with focussing around events but winning makes the balance easy to achieve. Stacking points here is one thing but I’m also really keen to surf good, strong heats and build that confidence ahead of the Challenger Series. I think my performance was good just now but I just have a couple of things to sharpen up on but in general I’m feeling really good.”

Sunshine Coaster Sophie McCulloch is coming off a string of massive results on the QS but is still searching for that breakthrough win in 2021. Currently sitting in 4th on the regional QS rankings, McCulloch will be hoping to lock her spot on the Challenger Series in with a victory here at Cabarita, and today she made light work of the low tide conditions to get her campaign off to the perfect start.

“I can definitely credit coming from the Sunshine Coast with that win,” McCulloch said. “Everyone was saying it was a closeout but I was seeing shoulders. I’ve been practicing on waves similar to this at home so it was fun. Just working on getting a variety of manoeuvres in and a bit of a combo has helped when having heats like that. My aim is to qualify for the CT and I’ve been working really hard on that. It’s my dream and nothing would make me happier so I’m hoping that’s where I can get to.”

14-year-old prodigy Sierra Kerr continued her epic run of form at Cabarita, claiming another strong heat win, this time eliminating one of the event’s big names in former CT competitor Dimity Stoyle. Kerr posted the highest heat total of the women’s round and is fast becoming a scary prospect for the rest of the competition.

The new breed of Aussie QS competitors looked ominous on Day 3 with Sage Goldsbury, Coral Durant, Zahli Kelly, India Robinson, Kobie Enright and Tru Starling to name a few, all progressing into the Round of 16 at the Oakberry Tweed Coast Pro QS5,000

Be sure to tune in tomorrow as competition continues and the top seeds hit the water at Cabarita from 8:00 am AEST.

The 2021 Oakberry Tweed Coast Pro QS5,000 and Pro Junior Events are set to run on the Tweed Coast from June 19 – 25. For more information on the event head to www.worldsurfleague.com or download the Free WSL App.