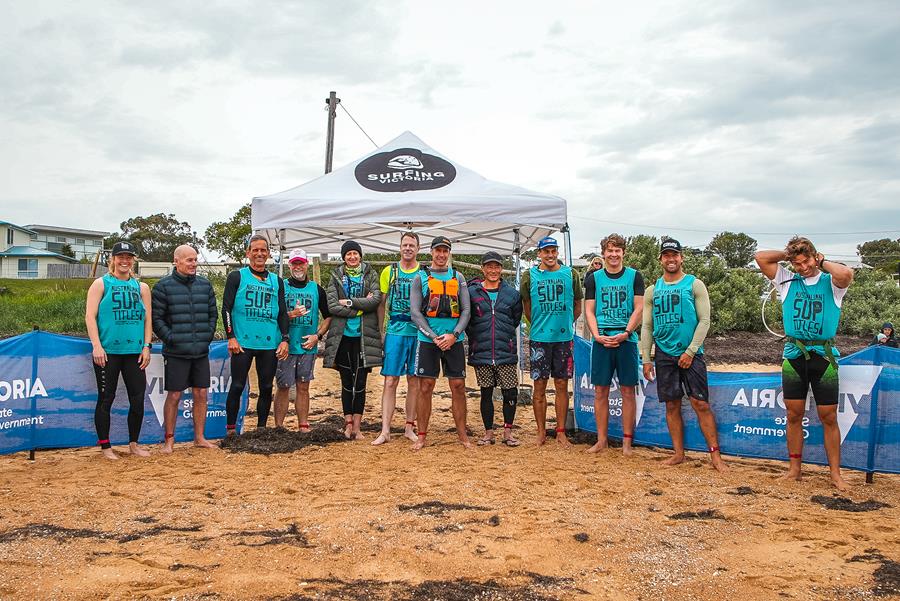 After a two year hiatus the Australian SUP Titles have returned to Philip Island.

The New South Wales competitor finished the 16km course in just one hour and seven minutes.

“The conditions were on par to last time. Speeds were pretty similar but we ran opposite this year. I made a faster time this year because we had the tide coming with us and strong winds. I was going about 15 and a half to 16 kilometres an hour. I was just watching my watch, which shows my speed,” Judson said.

Contest Director Max Wells said it was a spectacular race.

“It was downwind in 30-knot plus conditions, which made it incredibly fast. Competitors were delighted,” he said.

“It was good to be racing against James, the Molokai 2 Oahu winner back in 2019,” Judson added.

Surfing events kick off at Woolamai beach from 8am tomorrow, with good conditions forecast.

Keep up to date with results and information at the Australian SUP Titles website.