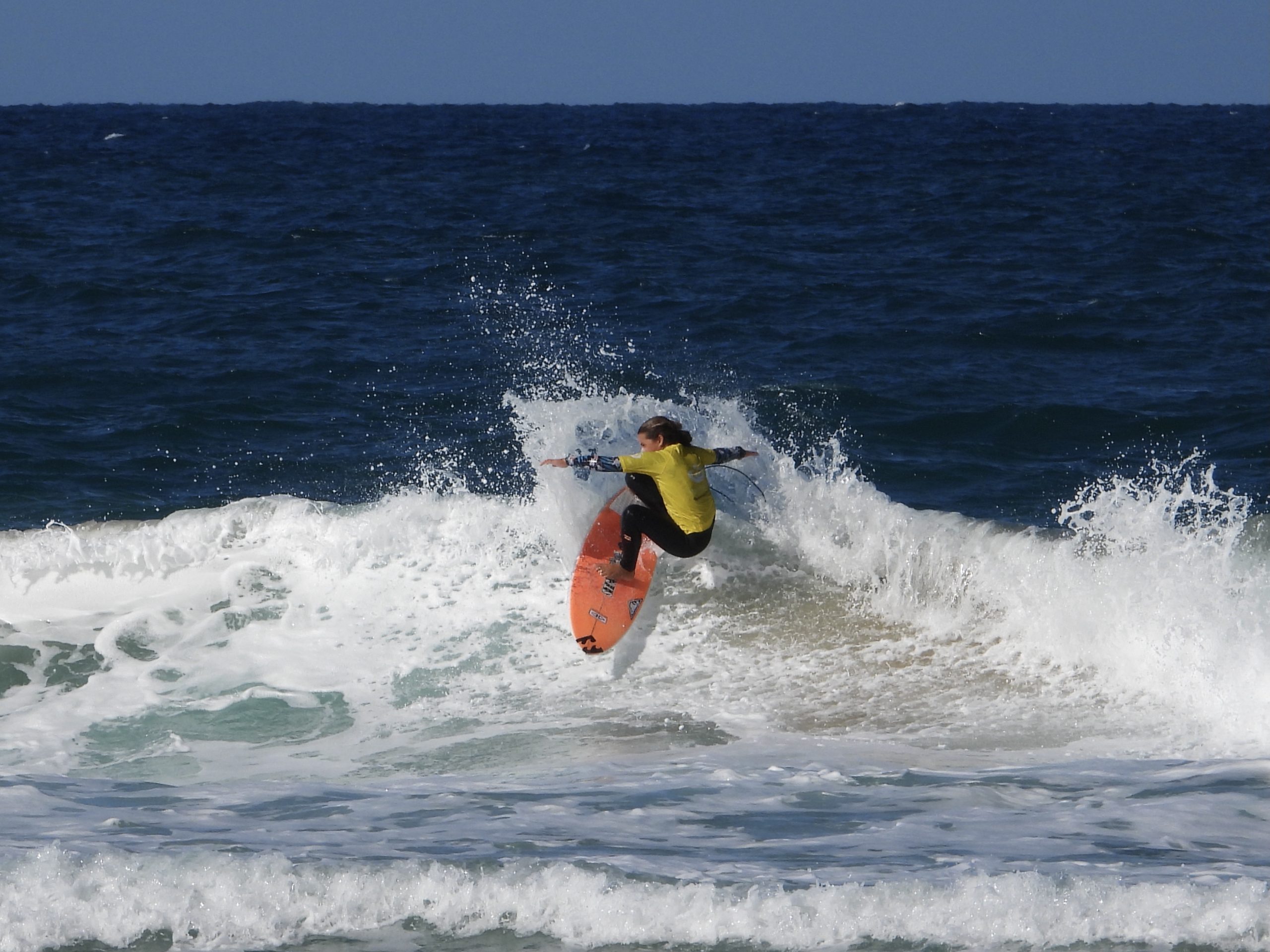 Round two of the 2021 Woolworths South Australian Junior State Titles presented by GLOBE was run at Waits Point over the weekend.

The Juniors were greeted by tricky 2-3 ft waves, having their work cut out for them trying to find corners and waves that would provide scoring opportunities. Fortunately, the forecast strong onshore winds did not arrive and we were treated to a fine sound day with light winds.

Corey Taylor (Yorke’s) was the standout on the day dominating the Under 18 Boy’s Division securing him the title for 2021.

“Waits is a challenging wave, really unpredictable and punchy, I enjoy surfing here and am stoked to take the U18 Boys Title”, said Corey after his event win.

Stella Senior (Port Noarlunga) took the Under 18 Girls division with a strong display of surfing.

The three round Junior Surfing Series caters for boys and girls with divisions for Under 14’s through to Under 18’s and forms the selection criteria for the state representatives for the 2021 Australian Junior Surfing Titles to take place at North Stradbroke Island later this year. The next round will be held on the Fleurieu Peninsula on the 27th of March, followed by the final round on the Yorke Peninsula, dates to be announced this week.

We would like to thank our Sponsors Woolworths for the series and GLOBE Brand for their support. For more information regarding South Australian surfing events or programs be sure to log onto www.surfingsouthaustralia.com.au and follow Surfing SA’s social media platforms.