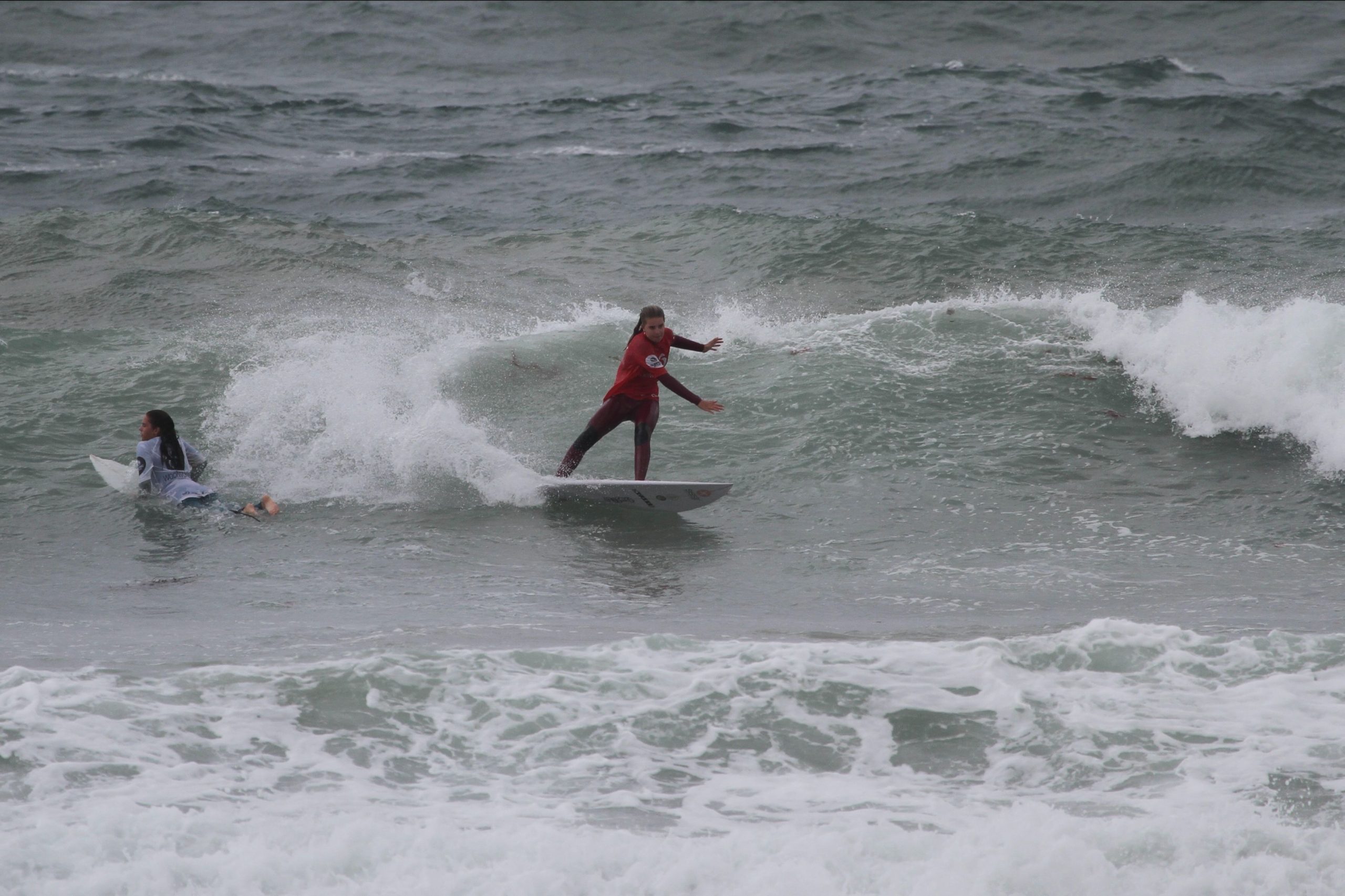 Winners Crowned on Final Day of Woolworths Victorian Junior Titles, Round One
Published on 07/03/2022

On the second day of the competition, the location was changed to Smiths Beach (Phillip Island) to escape the fresh onshore wind. With protection from the wind, the finals were run in well-shaped 2-3 ft onshore surf that offered nice walls allowing for critical manoeuvres.

The slightly bumpy waves didn’t faze the Under 18s girls champion, Sarsha Pancic (Blairgowrie) as she came out on top with incredible wave selection. Scoring a 6.33 (out of a possible 10) on her first wave and backing it up on her third with a 7.83, Sarsha showed that under finals pressure she was able to fire against the best in the top age group.

“Even with the change in conditions from yesterday, the final was really fun,” Pancic said.

“I’m stoked to get a win after moving up an age group” she continued.

Pancic had the rest of the field in a combination situation (with all other competitors needing two new scoring rides) after carving her way to a 14.16 combined heat total on her third ride and she stayed in that position for the rest of the final.

Finishing in second was Ruby Armstrong (Mornington Peninsula) on 7.80 points (out of a possible 20). Emily McGettigan (Torquay) and Cielle Bouvier (Bells Beach) finished in third and fourth respectively.

In the Under 18 boys side of the draw Willis Droomer continued on with his form from yesterday scoring an 8.23 using progressive aerial surfing. Willis was able to create a separation between himself and his competitors by riding out of a clean air reverse in his 8.23 wave. This combined with his 7.43, in which he also displayed innovative surfing, gave him a total of 15.66 earning him the win.

“The slight onshore created excellent waves for airs which suited my plan for the heat” Droomer said.

“Overall it was a really good final in fun conditions” he added.

In a close second was Willem Watson (Barwon Heads), who only required a 7.6 to jump into the lead due to his strong open face surfing which earned him a 15.47 total.

Full results can be found at www.surfingvic.com/live