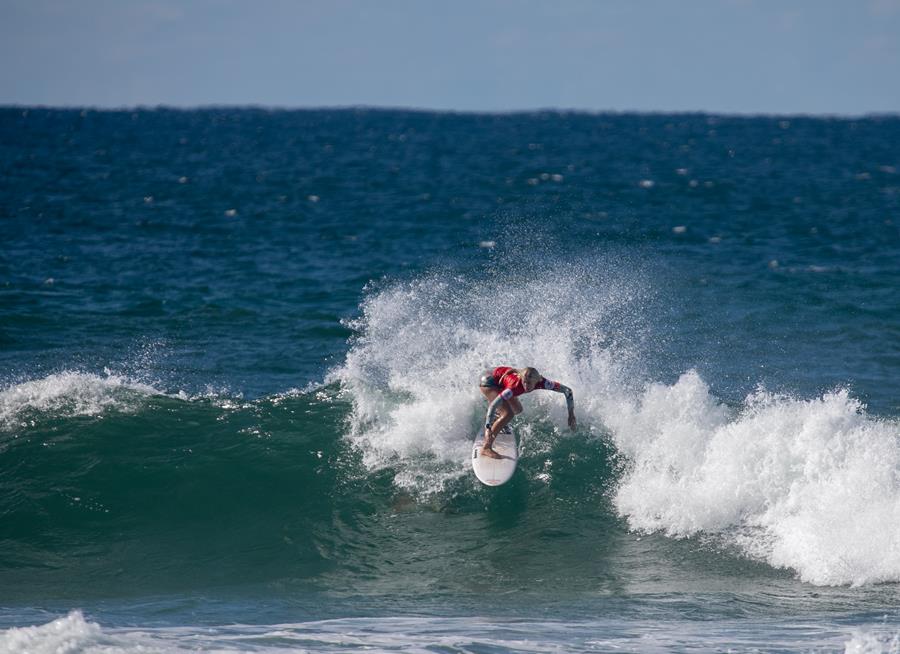 Winners Crowned on Finals Day of the Woolworths QLD Junior Titles, Round One
Published on 07/06/2022

It was a day of hotly contested battles as we saw Gold Coast and Sunshine Coast’s best junior surfers go head-to-head for a Queensland Title and a position at the 2022 Australian Junior Surfing Titles.

The Under 16 Girls Division was won by Isla Huppatz (Burleigh Heads) who was in fine form all weekend. Huppatz had a combined two wave total of 11.33 (out of a possible 20). She beat Jordy Halford (Currumbin Waters), Stella Green (Buddina) and Sarah Young (Maroochydore).

“I had so much fun out there, the waves are so good,” said Huppatz. “All the girls are really tough competitors and surfing really well, so I’m super stoked I won.”

The Under 16 Boys Division was a taken out by Rico Haybittle (Burleigh Heads) (12.40) who was a standout performer of the weekend. Haybittle defeated, Landen Smales (Noosa Heads), Darcy Dwyer (Sunshine Beach), and Mitchell Peterson (Noosaville).

“It was such a hard final, the boys are all ripping” said Haybittle. “It feels extra special to win today because I’ve got a lot of support down here from the Burleigh Boardriders, my friends and family.”

The waves deteriorated for the Under 18 boys and girls blue ribbon divisions when the NE wind came in, making tricky conditions for Queensland’s best juniors.

The Under 18 Girls Division was another tough matchup. Jahly Stokes (Buddina) ended up claiming the top spot ahead of Coco Cairns (Tewantin), Tayla Green (Buddina) and Urara Saito (Labrador).

“The wind came up in the final which made it super tricky,” said Stokes. “The girls have been throwing down massive scores all event so I’m happy to have taken the top spot today.”

The Under 18 boys were on fire all weekend. Ty Richardson (Palm Beach) took an early lead, securing his best scores on his first two waves and dominated the whole final. He overcame Tim Bange (Currimundi), Finn Rosenfeldt (Burleigh Heads) and Matt Boyle (Currumbin).

“It was good to get an early start and take the pressure off for the rest of the final,” said Richardson. “The conditions really deteriorated throughout the day.”

Full event results and series placings are listed below.

Competitors will now head to the Sunshine Coast on the 18-19 June, and their results from the two events added together will determine the overall series winners.

Surfing Queensland would like to thank its partners Woolworths, QMS Media, The Point Coolum Beach and Sunshine Coast Council.

The Queensland Grom and Junior Titles are key stepping stone events in Surfing Queensland’s development pathway and has seen some of the country’s most successful surfers come through its ranks. High profile athletes including Mick Fanning, Julian Wilson, Ethan Ewing and Isabella Nichols have previously competed in the Grom and Junior State surfing series.