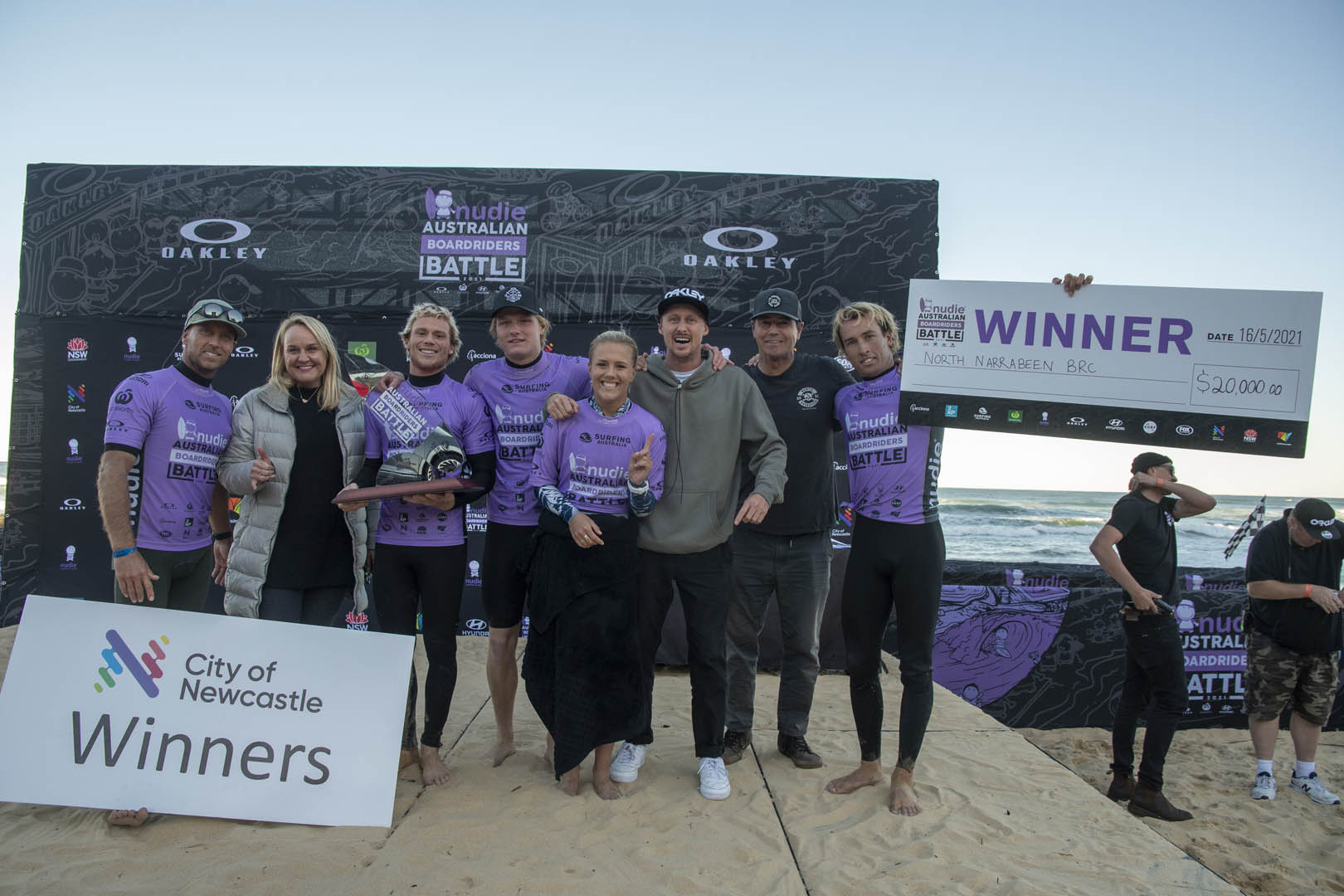 As usual, the final was a nail-biting affair with all four clubs going blow for blow, sending their power surfers out for the last ten minutes in a position to win the crown.

Nathan Hedge started the final for his beloved North Narrabeen in perfect fashion, nailing a 7 point single wave score in the first three minutes, giving the rest of the team plenty of breathing room.

Nathan Hedge said: “It was definitely a good way to start the final, it just set a good precedent for the team to relax a bit moving forward. There’s a legacy of champions that have come through Narrabeen and we have won this event before but there’s fresh blood and each year it’s mind-blowing to see new talent come through. These guys are the future and I am just super proud of this club.”

“City of Newcastle is proud to bring our community another successful surfing event, showcasing local talent and putting on a great display for Novocastrians and visitors alike.

The surfing world loves Newcastle for the people, community atmosphere and the waves, which is why on the back of years delivering Surfest we are able to attract the Australian Boardriders Battle and the recent WSL Championship Tour.”

“Our City is well known for its iconic surfing culture and a community that’s passionate about creating and nurturing surfing talent.”

“Congratulations to this year’s winner North Narrabeen Boardriders Club and all those who helped make the 2021 Australian Boardriders Battle a success.”

Other Awards at the National Final included:

For full results, images and video highlights head over to www.australianboardridersbattle.com​

The eighth season of the nudie Australian Boardriders Battle is the country’s biggest grassroots boardriders event, involving more than 60 of Australia’s best boardrider clubs and $112,700 in prize money.