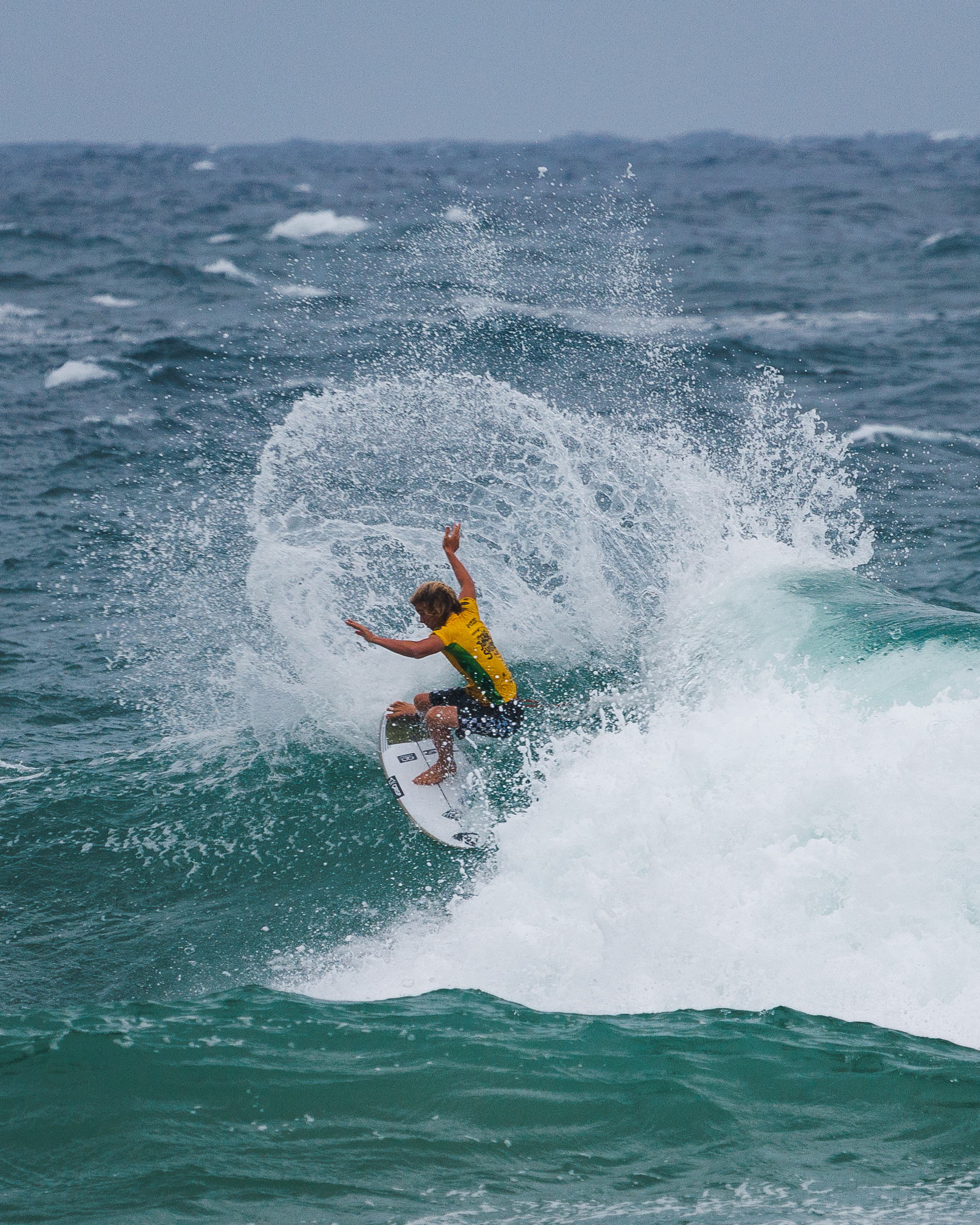 Several top seeds have failed to fire in challenging conditions on Day 4 of the Woolworths Australian Junior Surfing Titles.

Surfing Australia Contest Director, Glen Elliott said it was a day of upsets with state champions among those knocked out of the competition.

“The contest was ready to go at Main Beach before the conditions started to deteriorate. The wind and the swell picked up quite quickly so the call was made to relocate to Deadman’s Beach and set up again,” he said.

In Round 3 of Under 18 Women Willow Hardy (Gnarabup, WA) and Urara Saito (Gold Coast, QLD) led the charge winning their early heats. But the standout surfer was Keira Buckpitt dropping a 9.00 opening ride in heat three to finish with a 15.00 two-wave score.