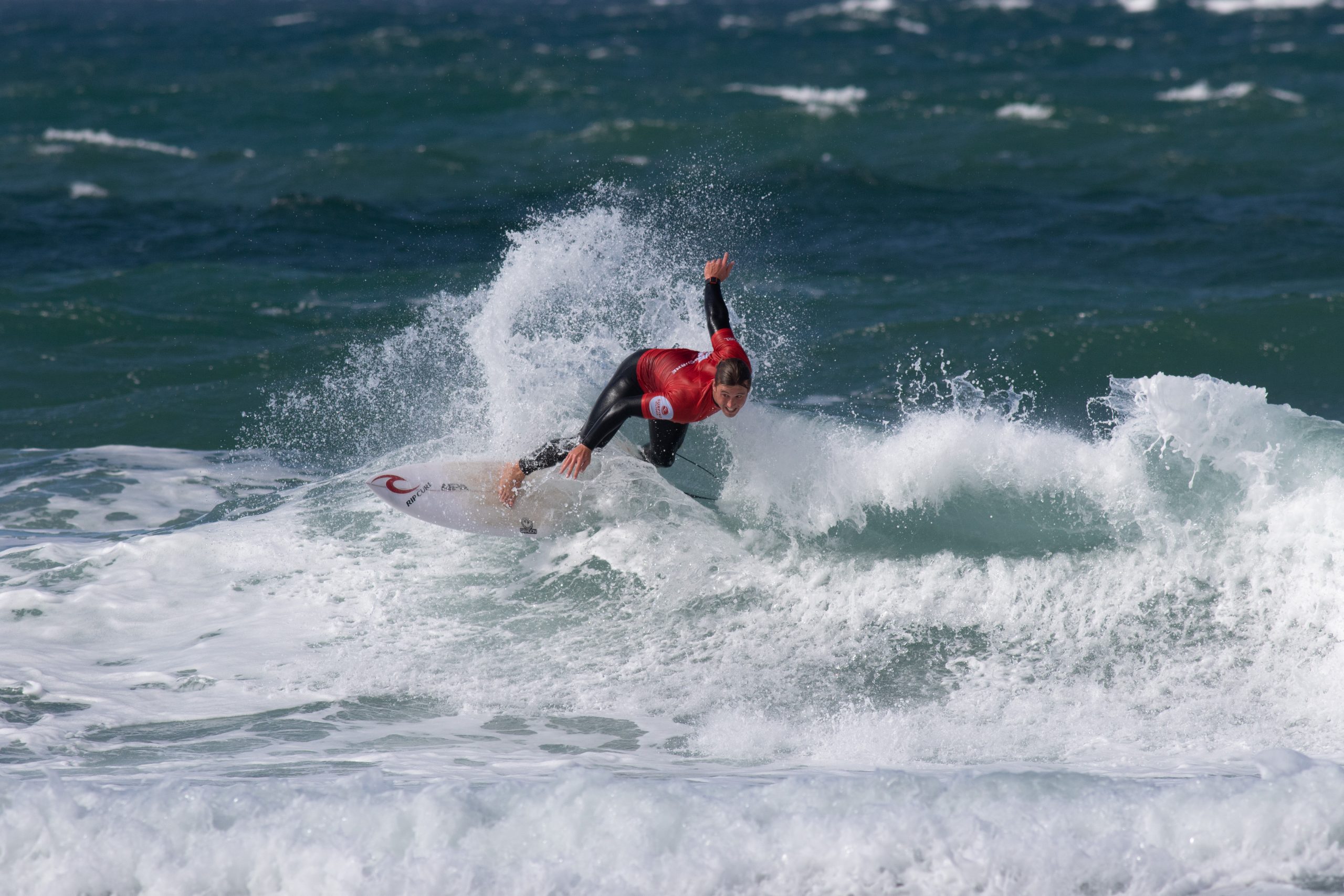 Tully Wylie & Alyssa Spencer have taken out the 2022 Rip Curl Pro trials today to gain the final two spots in the main round of the Rip Curl Pro Bells Beach.

With small swell and strong onshore winds the even was moved to neighbouring Winki Pop, providing amply scoring opportunities and big ramps throughout the day.

Local surfer Tully Wylie (Jan Juc) looked unstoppable after a run a qualifying series events throughout the past two months.

Finishing on a heat total of 13.06 (out of a possible 20), Wylie found some of the bigger waves of the day to take the win over close friend Xavier Huxtable (Jan Juc) who finished in second on 10.80 points.

“I’m just in a state of disbelief” said Wylie. “This has been a dream of mine since I was a kid so I’m so happy to be in the Rip Curl Pro. It’s one of the best days of my life.”

Wylie will now face Kanoa Igarashi (Japan) and Lucca Mesinas (Peru) in Round 1 and joins a long list of Victorians who have competed in the main event including, Glyndyn Ringrose, Adam Robertson, Nic Muscroft, Jack Perry, Tim Stevenson and Carl Wright.

“Just to be acknowledged in the same breath as some of those surfers is such an honor. I can’t wait to represent all my friends and family at the event.”

On the Women’s side of the draw, Alyssa Spencer (California, USA) claimed the final spot in the event after multiple attempts in the Rip Curl Pro Trials.

“Im so excited” said Spencer. “Just to be here and have the opportunity to compete against some amazing surfers at an amazing wave is a dream come true.”

Spencer finished just shy of the qualifying for the championship tour in 2021 and will now compete on the Challenger Series again in 2022.

“I’ve been putting in a lot of work in the off season after coming so close last year, I feel I am at the level of tour surfers now and am so excited to have this opportunity.”

“I feel really strong surfing on my backhand and although Bells can be tricky, I enjoy surfing here and the challenge it provides.”

Watch LIVE
The event window for the Rip Curl Bells Beach opens on April 10 and holds a competition window through April 20. The event will be broadcast LIVE on WorldSurfLeague.com and WSL’s YouTube channel, as well as the free WSL app. Check local listings for coverage from the WSL’s broadcast partners. For fans watching in Brazil, coverage of the competition’s Quarterfinals and beyond will continue exclusively on WorldSurfLeague.com and SporTV.

COVID-19 Update
The health and safety of our athletes, staff, and the local community are of the utmost importance and we have been working closely with local authorities to put a robust set of procedures in place to keep everyone safe. In accordance with local guidelines, only fully vaccinated individuals are allowed on-site, including spectators, and on-site masks are required when physical distance cannot be maintained.